XOLO had hoped to be the first Indian brand to launch a Windows Phone, although Micromax took that honor with its launch of two such devices a couple of weeks ago. XOLO had originally intended to release its device in the first quarter of this year, but today - with just days left before we enter the third quarter - the company finally unveiled its first Windows Phone, the Win Q900s. 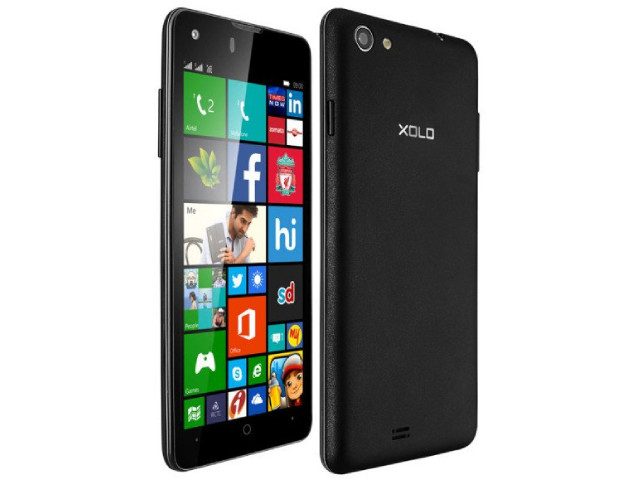 XOLO may be late to the Windows Phone party, but it's arriving in style, and determined to get noticed. Weighing in at just 100g, the company says that this is not just the lightest Windows Phone so far, but claims that it is "clearly the lightest smart phone" available.

There's no doubting the fact that this thing is light; among the lightest handsets currently available from rival manufacturers are Samsung's Galaxy S4 Mini (107g) and the Apple iPhone 5s (112g). But despite its light weight and thin body (just 7.2mm-thick), the Q900s still features some decent specs.

You'll get a 4.7-inch IPS LCD screen with HD (1280x720px) resolution, protected by scratch-resistant Dragontrail Glass, which has also featured on devices like the Sony Xperia Z2 and Samsung Galaxy Nexus. It also has a 1.2GHz quad-core Qualcomm Snapdragon 200 CPU, Adreno 302 GPU clocked at 400MHz, 1GB of RAM and 8GB of onboard storage, along with a microSD slot (for cards up to 32GB).

An 1800mAh battery is included, which the company says can be fully charged in 2.4 hours, and gives quoted standby time of up to 263 hours. Bluetooth and Wi-Fi are available too, along with dual-SIM support, but there's no 4G connectivity, although HSPA+ speeds of up to 42Mbps are available. There's also an 8MP rear camera and 2MP front camera, as well as a pretty decent sensor array, including accelerometer, magnetometer, and proximity and ambient light sensors.

You may have noticed the unconventional buttons on the front of the handset - we assume this is down to an error since Microsoft mandates that button design must conform to its guidelines. The Win Q900s spec sheet lists only two hardware buttons - the power key and volume key; this seems to suggest that the device will have its Back, Start and Search buttons located on-screen.

The XOLO Win Q900s will be priced at Rs.11,999 INR ($200 USD), and will be available in the second week of July. However, a special deal is available if you pre-order the device from Snapdeal.com, allowing you to purchase the handset for just Rs.9,999 ($167) - but this promotion is available only to the first 5,000 customers who pre-order.