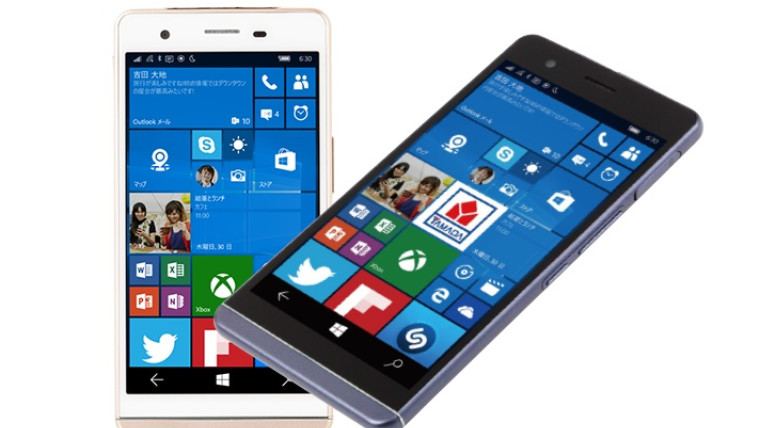 Yamada Denki has announced its latest mobile device named 'Every Phone', which offers a Windows 10 Mobile experience with reasonable hardware specifications for the Japanese market. The handset provides a solid entry to the Windows 10 ecosystem for ¥39,800, which roughly equates to $320 in the United States.

The 'Every Phone' is powered by a Snapdragon 410 quad core 1.2 GHz processor and 2GB RAM, and offers 32GB of internal flash storage expanded via microSD. The device boasts a 720p 5.5 inch display, which greatly complements the onboard 13 megapixel rear-facing camera, and 5 megapixel camera on the front of the handset. The device also comes with Bluetooth 4.0 and LTE support over bands one, three and nineteen. The 'Every Phone' is the thinnest Windows Mobile handset to date, at 6.9mm thick, matching the iPhone 6S.

The device will be available on November 28 for a one time payment of ¥39,800 plus tax, or a ¥1,791 monthly payment over a two year period. Each unit purchased from Yamada Denki also comes with a free two year warranty. As a special offer to promote the device's launch, the first 3000 phones sold are bundled with a free Bluetooth keyboard and screen protector, valued at an estimated ¥5,500.

This joins a range of unique Japanese handsets set to release over the coming months, which look to capture Windows 10 Mobile users in the eastern markets. Japanese manufacturer Geanee has also announced a Windows 10 enabled device, set to release later this year.