HTC has had a pretty tough time in recent years, in the face of intense competition, and an increasingly saturated market. That said, the company hasn't exactly done itself any favors - its One M9 yielded disappointing sales, prompting its CEO to promise that its next flagship would be more innovative; it has postponed its wearable device plans twice this year; and it made a mess of its recent One A9 launch, with confusion among US buyers over when they would receive their handsets, and absurd pricing for the device in the UK.

But despite its struggles, the company is continuing to look to the future - and it wants your help in shaping and refining the products that it will launch in the months and years ahead. 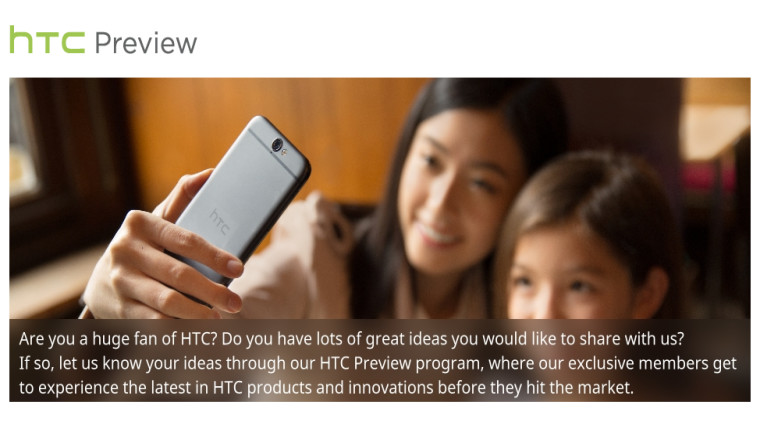 To that end, HTC has launched a new Preview program, promising "access to the latest HTC products, often before they hit the shelves". As its Preview site goes on to explain:

At HTC, we believe brilliance should be experienced, not explained. Through the HTC Preview program, we can test drive our products in the real world, allowing us to make sure the HTC experience is as best as it can be. If you would like the opportunity to shape the future and the innovation of our products, HTC Preview is for you! We are looking for people with an eye for design, a passion for technology, and a bunch of great ideas to join us in the pursuit of brilliance.

Those who sign up will have the opportunity to test upcoming software on their own devices, and some users will also be invited to test entirely new hardware, for up to ten weeks.

However, you will have to sign a non-disclosure agreement - or, in the company's parlance, "the HTC Trial Program Agreement" - preventing you from discussing any of the products that you test with anyone else. And, of course, at the end of the trial period, you'll also have to return any devices that you get to test.

The Preview program is now open in the US, Europe and Asia; hit the source link below to find out more, and to sign up.