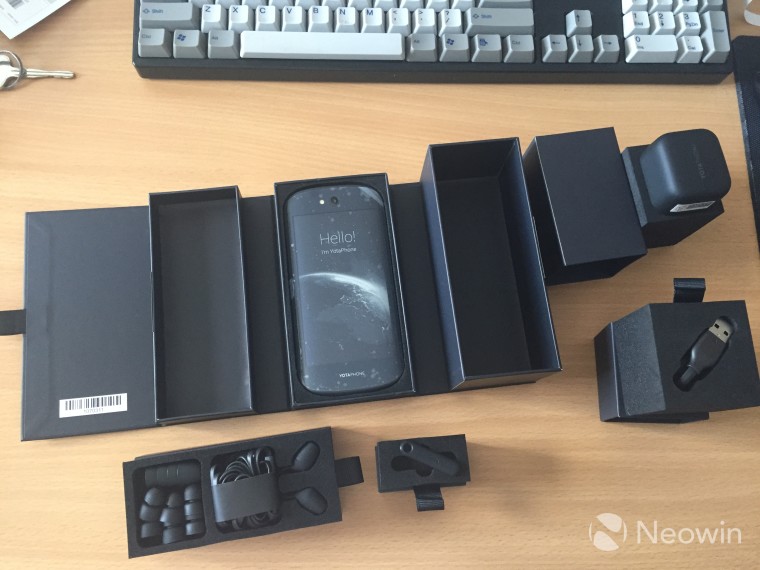 I've finally managed to get my hands on a YotaPhone 2 - a smartphone with two displays. It has a normal display on one side, but on the "back" it has a 4.7" e-ink display which is always on, always displaying whatever you want it to display (widgets, a photo gallery, notifications, etc). Here is the unboxing and my first impressions of the device while you wait on my full review!

I haven't been this excited over a device since the iPhone 3G back in 2008. Everything about the phone screams luxury - even the packaging. The box is held together by magnets and rolls open when you pull it apart. Everything is boxed individually, everything is packaged in foam, and there is significant attention to detail in every corner of the device. The headphones themselves come with a dozen different ear piece configurations and the SIM card ejector is encased in rubber and appears to be designed to be hooked onto a key chain. 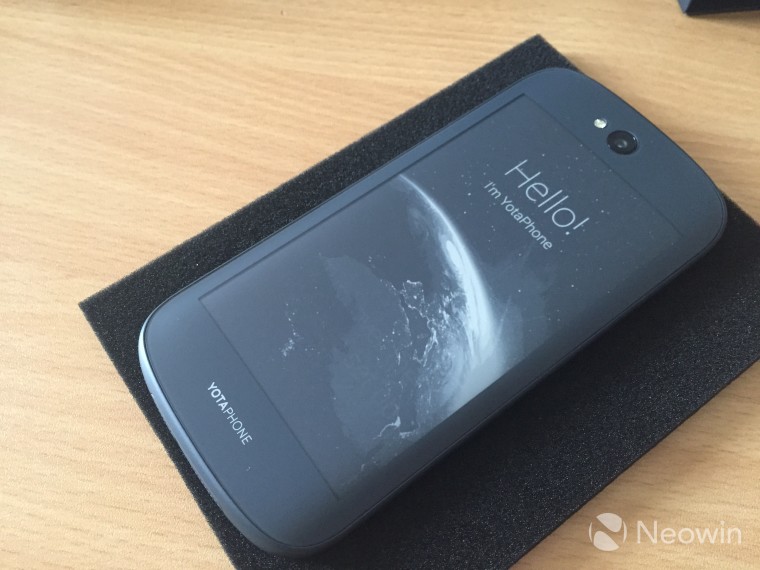 So far I haven't found too many bad things with the device but a few things have been a little annoying. First of all it only has a Snapdragon 800 chipset which is rather outdated at this point. Although you don't experience any lag whatsoever and almost all games would run fine at the highest level of graphics, it's still not a very future-proofed SoC at all and I'm afraid that the next generation of games would cause issues on the phone.

The phone seems to take forever to charge: I had it charging for about one and half hours and it had barely gone up about 15%. I'm not sure if its the charger I'm using or because it's the first charge of the phone, but I found that fairly concerning and worth investigating further.

I mentioned earlier that it has Gorilla Glass 3 on both sides, but it still has two screens, meaning every drop has double the chance of shattering a screen compared to a normal smartphone. This isn't something that gives me a lot of confidence, which brings me on to my next point.

One thing that does suck on the #YotaPhone2 is the bumper. Sits loose in the wrong places. pic.twitter.com/jbZI6UpeS5

The included bumper doesn't fit as snug as I would like it to, leading to me not wanting to have it on all the time, which again opens up fears of dropping and damaging the device. Hopefully the bumper just has to be "broken in" and will eventually sit right, but I was hoping of a more snug fit from the begining.

Enjoy the gallery of the unboxing below and keep an eye out for the full review.

I'll also like to take this time to comment on another review I'm doing: the review PiPO X7 which I unboxed here will be delayed for some time. I mentioned in my first impressions that it was Windows Defender that was causing the issues, but it actually appeared that Windows Defender was just stressing the chipset too much and exposing its flaws. I looked into the logs and found that the firmware was throttling the device when it was hitting a certain level of performance. On the assumption it was heat related, I cracked open the device and saw that it actually didn't have a heat sink! Before proceeding with the review I've ordered a few heat sinks and thermal mats and I'll install those before proceeding further. This at least explains why PC Mark took almost 3 hours to get through a single benchmark!