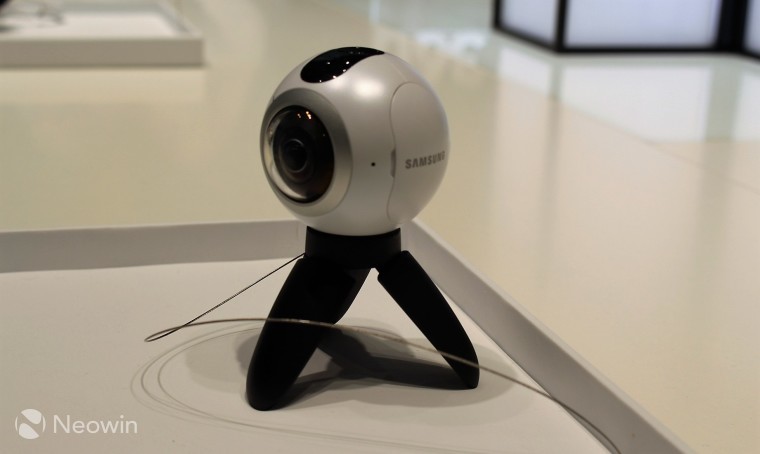 Samsung has officially launched its Gear 360 camera in the United States; however, there's a catch. To buy it for its $350 price tag, you'll have to be attending VidCon in Anaheim, California. If you can't be there, then you'll have to wait until later this year like everyone else.

The device was announced back at Mobile World Congress alongside the Galaxy S7 and S7 edge, and has since launched in South Korea.

The tagline for VidCon is "For people that love online video". It's clear that Samsung is targeting a certain kind of audience for its new device. Obviously, the firm is hoping that anyone that throws down $350 for it will use it to produce high quality 360-degree videos.

One thing that Samsung has made particularly clear is that it's a company that cares about virtual reality. It partnered with Oculus to create the Gear VR, and Facebook CEO Mark Zuckerberg took the stage when the Gear 360 was launched.

Nevertheless, if you really want the Gear 360 now, you should probably book your plane ticket.