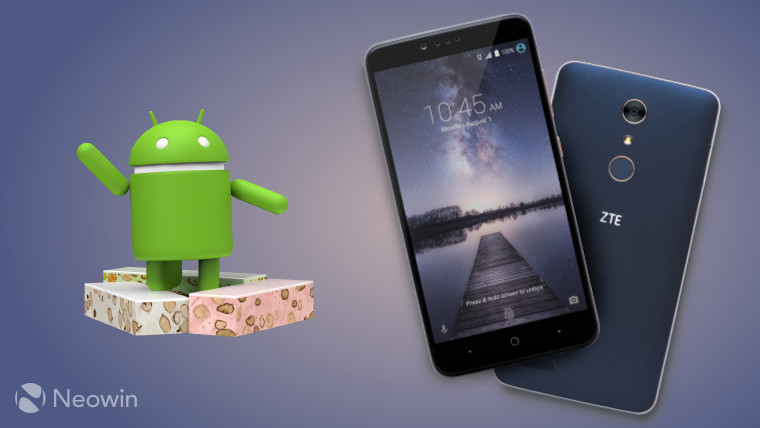 Typically, when it comes to new versions of Android, the most affordable devices in a manufacturer's range are the last to be updated, as companies tend to upgrade their flagships first, and then gradually work their way down to their cheapest hardware. This tends to result in very long waits for those updates to arrive, especially for devices sold by carriers; for example, it took AT&T over a year to begin rolling out the Android 6.0.1 Marshmallow update to the ZTE Zmax 2.

But in a refreshing change to that approach, ZTE is already opening up its Android 7.0 Nougat beta program to include the low-cost Zmax Pro. It hasn't even begun upgrading its flagship Axon 7 to Nougat yet, although it has been running a beta program for that device over the last few weeks.

Owners of the Zmax Pro can sign up for the beta program here, for which they'll need to be registered with the company's Z-Community, as well as providing various personal details, and agreeing to use ZTE's debugging tool on their handsets while the beta OS is installed. Currently, the beta program is limited only to those in the United States.

ZTE hasn't yet announced when it intends to make the final Android 7.0 update available for the Zmax Pro, nor has it revealed any details of its plans to release the newer Android 7.1.1 update for its devices.