With Mobile World Congress now fast approaching, the giants of the industry are gearing up to unleash their newest and most exciting new devices on an eager global market. One such brand is ZTE, who sent out invitations to their MWC event this morning, taking the opportunity to drop a little hint of what to expect.

Under the tagline "life is grand", the event teases the launch of two major new mobile devices at MWC. The first hashtag mentioned points to ZTE's Grand Memo, a 5.7-inch phablet which the company quietly showed off for the first time today in Hong Kong. 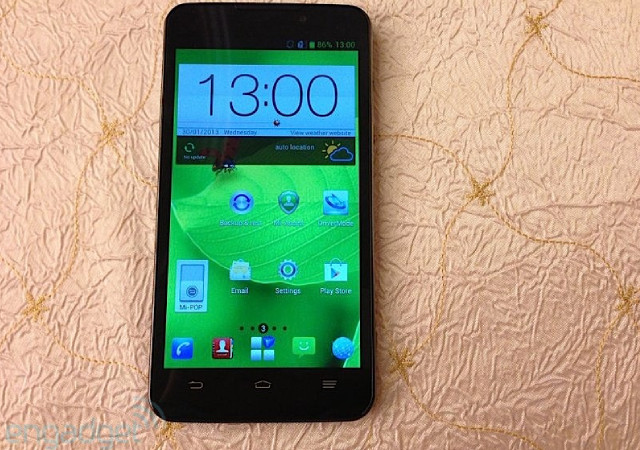 Rocking a 13MP camera and HD (1280x720px) display, the device runs Android 4.1.2 Jelly Bean, and also features a quad-core 1.7GHz Snapdragon S4 Pro processor and microSD slot, all squeezed into a sleek (if non-descript) 8mm-thick body. The Grand Memo will get its full launch - presumably with a bit more pizzazz - at MWC.

But it's the second hashtag mentioned in the MWC invite that's really interesting. #ZTEMozilla appears to be a thinly veiled hint pointing towards the launch of ZTE's first Firefox OS handset. Mozilla announced that it was working on its own mobile operating system back in July last year, and promised that the first devices with the new HTML5-based OS would launch in 2013. We got our first glimpse of Firefox OS running on ZTE hardware in September, although the first official developer devices, revealed just over a week ago, were manufactured by Geeksphone.

Sadly, it seems that we'll have to keep waiting beyond MWC for news of ZTE's Blade 8, the 5.9-inch Windows Phone 8 phablet with a stylus, which is reportedly in development; ZTE is expected to launch at least one new Windows Phone in the first quarter of this year.