We've seen handsets like the ASUS Zenfone 2 with a whopping 4GB of RAM. We've seen smartphones like Samsung's new Galaxy S6 with a mighty 2.1GHz octa-core processor. But ZTE's new flagship phone might just give even these powerhouse devices a damned good spanking, with specs that border on the unbelievable.

Indeed, were it not for the fact that details of the new ZTE Nubia Z9's specs had come not from some random or anonymous source, but from China's device certification body, TENAA, we'd have a very hard time taking them seriously. TENAA has certainly proved to be a reliable source of information in the past, as you would expect from the country's official certification authority.

Nonetheless, you'd be forgiven for raising an eyebrow at some of the specs outlined for the Nubia Z9. TENAA documentation reveals that the Android 5.0 device will feature a 3.5GHz octa-core processor, with an astonishing 8GB of RAM. 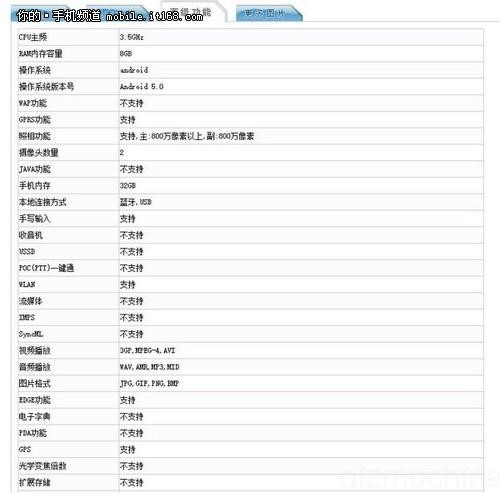 Recent images of the ZTE Nubia Z9 indicate that it will have curved glass across the front, along with an almost bezel-free design, with the display extending very close to the edge of the handset.

The Z9 is due to be formally announced on May 6, so it's not too long before we find out everything there is to know about the new device.

Source and images via GizmoChina via TechRadar