Zune Pass isn't something new, nor is it something that hasn't been widely covered online, but we're convinced that it really could be the first good attempt at the fight against piracy. We tested out the music subscription to see how well it really works, and if it could actually have a shot at the big time; iTunes. 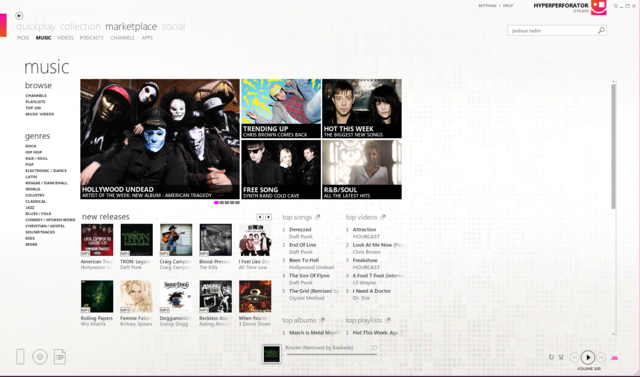 A few months ago, Microsoft released Windows Phone, a new contender in the mobile market, and the software giants' "new version" of Zune. I was one of the few that went out on Day 1 and got a device. A launch device. Sure, it's been a bumpy, unforgiving ride, but Microsoft has changed the game with Windows Phone, even if the critics disagree right now. The Zune desktop client that goes alongside Windows Phone / Zune hardware is stunning, and really focuses on the music experience, and had me in love from day one.

Shortly after getting a Windows Phone and signing into it, and setting up my account I realized I'd set it up with a New Zealand based Windows Live account. Over here, Microsoft hasn't launched Zune fully, and Zune Pass isn't available, but I kept hearing great things online, so I hard reset my phone and loaded in my old Windows Live ID from the US, then signed up for a 14 day trial of Zune Pass. This is where everything changed. 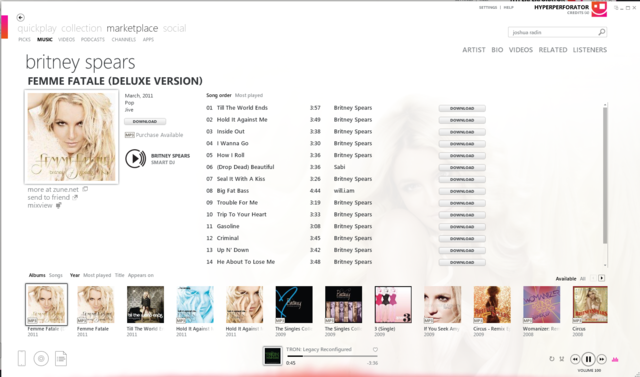 Zune Pass works on the idea of "try before you buy" music, a common excuse of self-confessed piraters. Those that would always download an album before buying it. Zune gets around this, in a way. When you sign up for Zune Pass, you get full access to the entire catalogue (a massive one, at that) of music on offer. You can download whatever you like, no limits, no restrictions on how much music and the music is yours to keep -- as long as you keep paying subscription costs. This is where Microsoft really throws a curveball, though. On top of the fee you pay for unlimited music ($15 USD at time of writing), you get 10 "song credits" to convert the subscription files (which are DRM loaded) to unlocked MP3 files. Not only does this make Zune Pass more attractive, it essentially means that you're getting an entire album a month for keeps, as well as an entire collection of music to play.

On top of this, you can download music on any 3 authorized PC's, play music on your Xbox 360, transfer it to your Windows Phone or Zune and stream from Zune.com anywhere. That's a competitive package. I've now ditched my iPod in favor of my Windows Phone, considering I have it everywhere anyway. If I run out of song credits, I tend to just buy albums off Zune, too, considering that they're competitively priced.

Zune Pass is only available in some countries around the world, for more information and to sign up, check out the Zune website.

Update: For those outside the US, there are methods to get a Zune Pass no matter where you are. Check out the guide here.

Has anyone else taken the Zune plunge? Tell us what you think in the comments!