Last week, I made my way to one of the GameStop stores in Greenville, South Carolina to cover the PlayStation 4 launch from a smaller and local perspective. On Thursday, I did the same thing for the Xbox One launch but with a slightly different agenda. Since I did not pre-order Microsoft's console I wanted to see if I could get a unit on launch day. 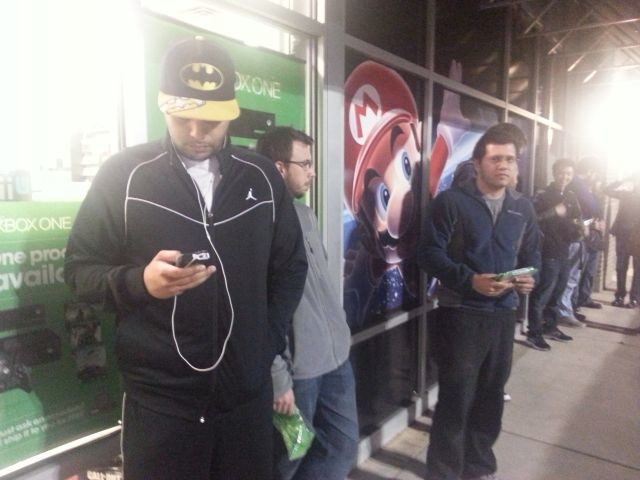 The line to pick up pre-orders for the Xbox One just before midnight on Thursday.

After writing up some stories for posting on Neowin in the morning, I drove myself to the GameStop location that I covered for the PS4 launch around noon on Thursday. I picked it because the store was in a location that was a bit out of the way, thinking that if there were any extra Xbox One units coming in, there would not be a huge demand for them at this store.

I was told by the associate in the store to come back maybe around 4 pm; he didn't expect people to line up before then. I then went back home, wrote up a couple of more stories for Neowin and then drove back to the store around 2:15 pm, thinking that time period would give me a nice comfort zone.

As I parked my car outside the GameStop store, my heart sank. Three people were already camped out in line to get the Xbox One. These were not hardcore gamers; they were middle aged parents who were in line to buy the console for their kids.

As i placed myself behind these three parents as the fourth person in line to get an extra console, the stress hit me like a ton of bricks. I knew the score; extra Xbox One consoles would be extremely limited. There was a chance that the store could only get three units, or even less, shipped to them that were not previously claimed by pre-orders.

About an hour after waiting, one of the parents went inside the store to get an update on the Xbox One shipment numbers. A few minutes later, he came back out again to announce that the GameStop location would be getting extra Xbox One units ... and that there were four to go around.

Whew. It was a massive sigh of relief. I gambled that there would be enough extra consoles and if I had truly waited around until 4 pm, the odds are someone else would be fourth in line instead of me. I was getting an Xbox One on launch day.

GameStop store policy kept the four of us for paying for our new consoles until 6 pm. Right at that time the lucky folks in line, myself included, filed into the store and paid for our Xbox One consoles. We were then free to go do whatever we wanted until midnight when we could come back to pick up the Xbox One retail box. 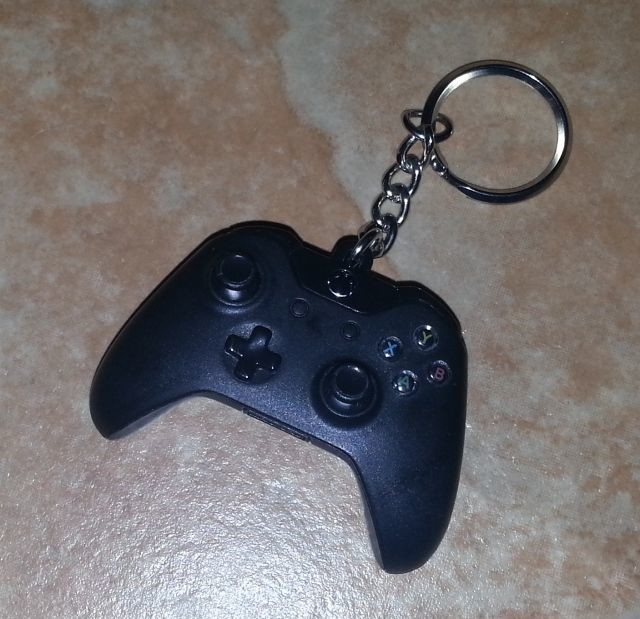 Microsoft sent over these Xbox One controller keychains to the GameStop store for the launch.

Around 11 pm, I made my way once again to the GameStop store and joined the small crowd of people who had come to get their pre-orders. With one exception, none of the people who were getting Microsoft's console today were there for the PS4 launch last week. The one exception was a middle aged woman who told me she loved to play games with her children; she had been playing "Knack" one of Sony's PS4 launch titles, in the past week with her son.

Another person who I talked to who was getting his Xbox One that night said he was more impressed with the technology behind the console compared to the PS4, especially the Kinect integration. That appeared to be the sentiment across the board among the GameStop patrons that night.

Unlike the PS4 launch, Microsoft sent over a couple of free items to give to people who got the Xbox One on launch day. One was a green t-shirt and the other was a cute keychain with a small Xbox One controller attached.

As the midnight hour approached, the associates asked the people inside to go stand outside again before we could get our consoles. As it turned out, I was number four in line and the people who had the first three numbers on the pre-order list were not there that night; they were picking up their consoles on Friday morning. So I would truly be one of the first people in the U.S. to get their Xbox One retails box in hand that night. 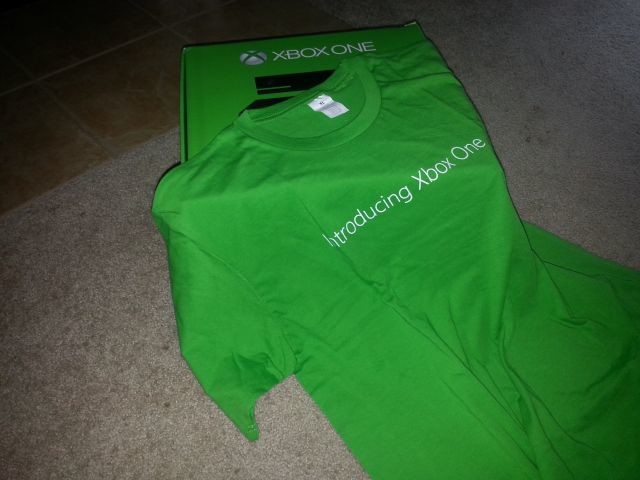 Victory! My Xbox One console box, along with the free t-shirt Microsoft sent to GameStop store customers.

At 12:01 am Friday, I was asked to come inside and pick up my standard edition Xbox One. After checking the serial number on top of the box, I was cleared and could leave with my purchase. I rolled the dice and, as it turned out, I was extremely lucky to get the Xbox One on launch day. It's likely the same could not be said of others who had tried to do the same thing.

As I drove back home to hook up my Xbox One, other thoughts hit my mind. Would the thing even work? Would I have to deal with a long "Day One" patch experience? That tale is yet to come.

We would like to thank once again the management and staff of the GameStop branch at Woodruff Road in Greenville, SC for allowing us to cover the Xbox One launch from their location.