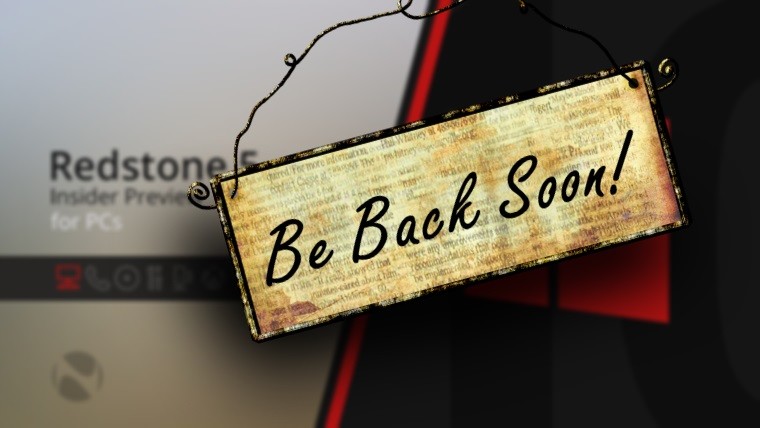 Since the public release of the Windows 10 April 2018 Update, Windows Insiders have enjoyed near weekly releases of Redstone 5 Preview builds, with the last (build 17692) arriving just over a week ago. However, Insiders will have to wait until at least next week to play around with a new build, as explained by Brandon LeBlanc, Senior Program Manager on the Windows Insider Program team via a message on Twitter:

But if it makes you feel better, it's looking unlikely we will have a new build this week due to a nasty bug that could prevent people from logging in after updating.

According to LeBlanc, the potential candidate that may have been released to Insiders this week suffers from a bug where it is impossible to log back into Windows after updating.

The tweet was in response to a frustrated Windows Insider, requesting that Microsoft pre-announce preview builds, or perhaps schedule them, to which LeBlanc replied that "if we pre-announce a build and have to slip you and others would then ding us on that" adding "Safer to not pre-announce without absolutely certainty."

Insiders are rarely kept in the loop regarding the availability, or likelihood of a new build, but to Microsoft's credit, blocking bugs which prevent new builds from dropping are usually announced in one form or another, mainly via Twitter. In addition, since the release of the April 2018 update, not one build has landed in the Slow ring, leading to some confusion as to the purpose of it, which our own Rich Woods questioned in an Editorial on Wednesday.

In any case, we'll keep you update for when a new build drops, but for now have a great weekend!