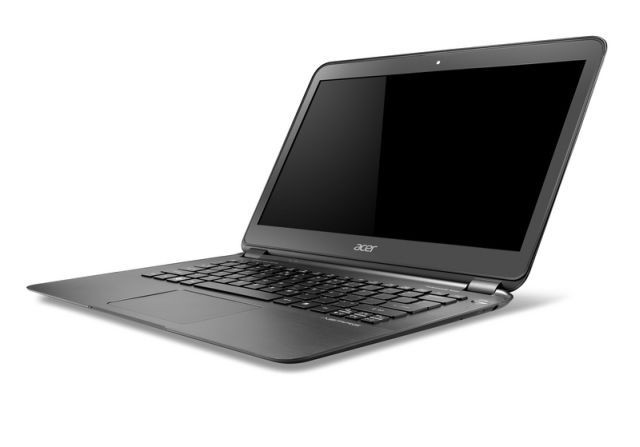 The Acer Aspire S5 Ultrabook was one of the first Windows PCs with a Thunderbolt port.

In June 2012, Acer released the Aspire S5 Ultrabook and it was the first such Windows Ultrabook released that incorporated the Thunderbolt port that was developed by Intel. Now Acer has decided to discontinue adding Thunderbolt ports in its Windows PC products in favor of USB 3.0.

CNet.com reports that, according to an Acer spokesperson, one of the reason for dumping Thunderbolt support was that it cost more than USB 3.0. The spokesperson said of USB 3.0, "It's less expensive, offers comparable bandwidth, charging for devices such as mobile phones, and has a large installed base of accessories and peripherals."

Intel originally announced Thunderbolt in 2011 and it was first incorporated on a number of Apple's MacBooks later that year. Thunderbolt allows for data transfers at speeds of up to 10 gigabits per second, compared to speeds of up to 5 gigabits per second for USB 3.0. However, the latest version of USB is also backwards compatible with all of the older USB 2.0 devices that have been released.

Even though Acer has decided to abandon Thunderbolt, Intel publicly says that its adoption on Windows PCs is actually increasing. Jason Ziller, director of Intel's Client Connectivity Division, stated, "There are more than a dozen new 4th-Generation Intel Core processor-based platforms already launched with Thunderbolt, including from Lenovo, Dell, Asus, and others, with more coming throughout 2013."

Ziller does admit that Thunderbolt ports can only be found on higher end Windows PCs at the moment. He stated, "It is not targeted to be on mid-range or value systems in the next couple of years."

Intel will offer a limited launch of Thunderbolt 2, which will offer data transfer speed of up to 20 gigabits per second, in 2013, with a full launch in 2014. Meanwhile the USB 3.0 Promoter Group has announced plans for a "SuperSpeed" version of USB 3.0 that will increase its data speeds to up to 10 gigabites per second and will be backwards compatible with USB 2.0 and the current 3.0; It does not yet have a launch date.