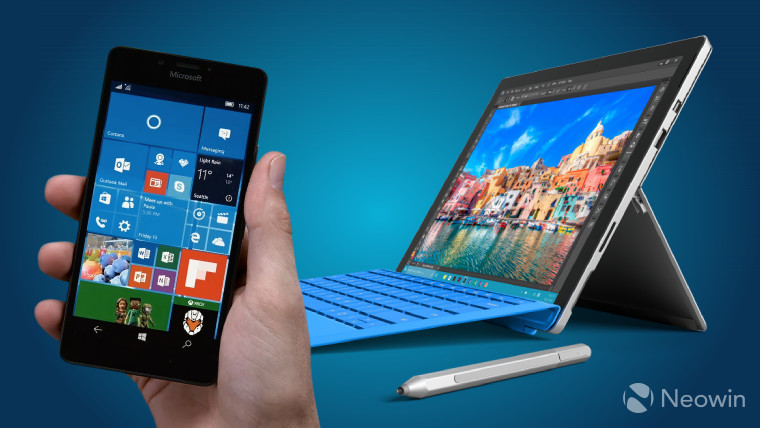 The latest tracking stats for Windows devices have been released by advertising network AdDuplex, which monitors usage across its network to create a detailed monthly breakdown of Microsoft's mobile ecosystem, along with key details on usage of Windows 10 PCs. Each month, the reports capture a snapshot of worldwide usage across one 24-hour period - in this case, December 19, 2016.

Globally, Windows 10 Mobile is now installed on 16% of active Windows phones, a modest increase from October, when that figure stood at 13.7%. But the overwhelming majority - a whopping 77.1% - are still stuck on Windows Phone 8.1.

Some of those devices are not eligible for the official Windows 10 Mobile upgrade, but many of them are. For reasons beyond comprehension, Microsoft has made almost no effort to encourage those eligible to upgrade to do so. Rather than sending a push notification to those devices, or an email to their users, or promoting the upgrade in the Windows Store, Microsoft requires users to somehow become aware for themselves of the existence of its Upgrade Advisor app, which must be downloaded to enable installation of Windows 10 Mobile.

Without knowing that the app exists, many users remain unaware that the upgrade is available to them, which partly accounts for the high proportion of handsets stuck on 8.1.

When it comes to devices actually running Windows 10 Mobile, almost 82% are running the latest Anniversary Update, with just over 10% on the Creators Update preview builds from the Insider Program. 7.7% remain on the first Windows 10 Mobile edition, Version 1511, released last November.

Microsoft's current range of handsets - the Lumia 550, 650, 950 and 950 XL - are reaching the end of their retail lives; indeed, all four devices are now completely sold out on the company's UK store, and at some of the country's top retailers. We also know that sales of Microsoft's own phones have collapsed; its quarterly mobile hardware revenue plummeted in two years, from $2.6 billion to just $300 million last quarter.

Given that a new mobile device is not expected from Microsoft until late 2017 or early 2018, Windows 10 Mobile will soon be left with just those few sales of its partners' handsets, which currently add up to only 2.5% of the platform.

When you look at all devices running Windows 10 Mobile - that is, including those which have upgraded from Windows Phone 8.1 - the entry-level Lumia 550 is the most popular handset worldwide, followed closely by the Lumia 640, which has pushed the Lumia 535 into third place since October.

In the United States, the Lumia 650 is the most widely used device running Windows 10 Mobile, but the flagship-class Lumia 950 isn't far behind. The low-end Alcatel Fierce XL is also in the top five, but much older handsets like the Lumia 635 and Lumia Icon still remain in the top ten.

Moving onto the PC space, AdDuplex data shows that 86.3% of Windows 10 machines are now running the Anniversary Update, a sharp increase from 77% in October. Less than 1% of Windows 10 PCs are running the latest preview builds on the Insider Program.

The Surface Studio - Microsoft's new all-in-one desktop PC - is at 0.1%, although that's not surprising, given its high price, niche market focus, and limited availability.

You can check out the full summary of this month's AdDuplex report here, and the detailed monthly report will be published tomorrow on the AdDuplex blog.