If you've been following the news on Windows 10's adoption, you probably already know that it is somewhere between 81 and 100 million installations, not to mention 7 million people that are actively testing the bleeding edge builds in the Windows Insider Program. 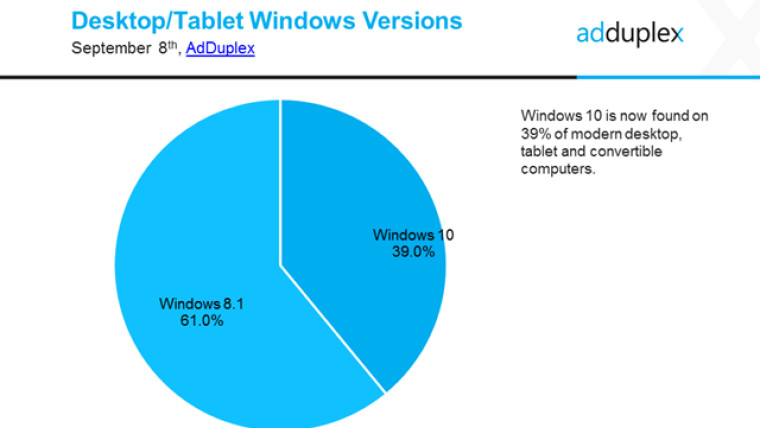 Even at this pace, it will take some time for Windows 10 to challenge Windows 7's market share. In the meantime, according to a recent report by AdDuplex, Windows 10 is quickly eating away at Windows 8.1's share, and the split shows 39% of devices running the new operating system and 61% running the old one.

The new AdDuplex stats are based on 173 Windows 8.1 apps running the company's ad SDK, and exclude Windows 8.0 (as it is not supported by the apps). AdDuplex noted that the picture wasn't clear enough, as there are Windows RT devices that can run these apps, but are not planned to receive the Windows 10 upgrade. The revised chart that takes this into account shows Windows 10 in an even better position, at just over 41%. 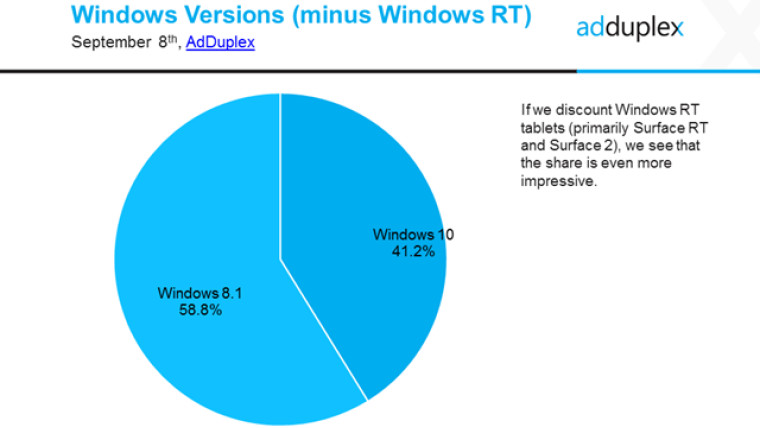 While this is certainly not a complete picture of how well Windows 10 is doing, it does show that people using Windows apps are quick to upgrade to the new operating system. This may encourage developers to create Universal Apps, or even games that run across a spectrum of devices, by using Unity's recently updated toolkit.