The iPad Pro's been around for nearly three years now, and courtesy of many smaller developers such as Serif and Procreate, there's been no shortage of robust apps for those in creativity fields that have come to depend on the device.

A lot of these apps serve as great alternatives for more traditional and arguably more powerful desktop apps that generally require users to lug around larger computers. Adobe's own offering in this field, however, has thus far been lacking, with neither Photoshop Express nor its other smattering of mobile apps being powerful enough for some creators.

The need for such "alternatives" may be set to change. After some speculation a few months prior, Adobe, in its Max conference, has revealed that it is gearing up to release a full-featured variant of Photoshop for iPads some time next year.

The app will operate on the same codebase as its desktop counterparts, and will (eventually) achieve feature parity with them. For now, even though the same, albeit more touch-friendly toolbars are present on either side of the artboard, a conspicuously missing menu bar indicates the absence of a lot of the features one would find on Photoshop for Windows or macOS.

"Cloud PSDs, when we ship Photoshop on the iPad, will also run and automatically show up on your desktop. Suddenly, you’ll have this cloud-powered roundtrip experience akin to a Google Docs experience, where literally the source of truth of your Photoshop creation is in the cloud.”

Adobe's current method of bringing over features from more traditional incarnations of Photoshop is to migrate them by workflow, rather than in random assortments. As a result, the app's initial offering will be limited to photomanipulation-based features, such as blending, brushing and masking, which essentially means video-centric features such as the timeline will be left out.

Also absent is an artist-centric workflow; instead, Adobe is debuting an entirely separate app currently titled "Project Gemini", with the intent to make it a one-stop-shop for artists. It's currently available in preview form for iPad users, and will eventually make its way to Windows 10 and Android. 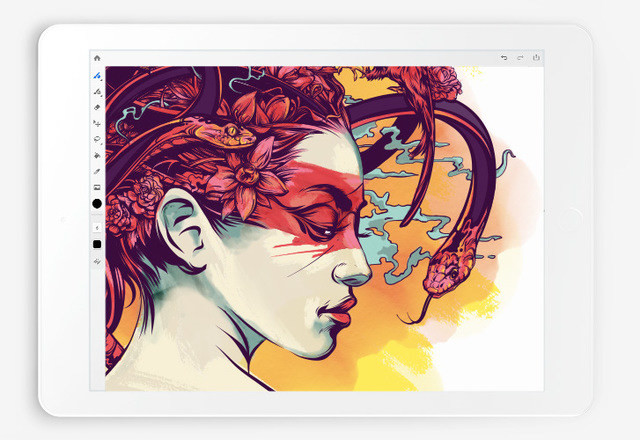 Back to Photoshop, the app is currently being developed only for the iPad, though Belsky hasn't ruled out a possible variant for Android, saying that he "hopes to bring more" products to the platform. He also entertains the possibility of a similar, more touch-friendly version for Windows 10, saying that his team is "exploring it".

At least for now, it appears that if you're someone who uses their iPad to earn a living, you're in for some exciting times.