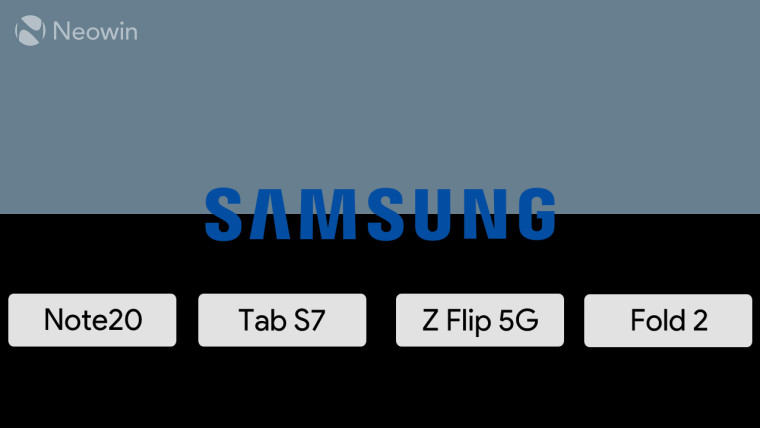 Samsung is expected to hold its virtual Unpacked event in August this year, where the company will unveil its flagship phablet series, the Galaxy Note20 line. The company is also expected to launch the Galaxy Tab S7 tablet, an updated Fold 2, and a 5G version of the Z Flip. Now, a recent rumor suggests that all these devices will be powered by Qualcomm’s yet unreleased Snapdragon 865+ SoC.

Qualcomm sometimes releases enhanced versions of its flagship chipsets mid-year as a mild refresh, which mainly comes with higher clock speeds in comparison to its non-plus counterpart released in the first half of the year. However, comments from Meizu’s CMO in April hinted that the company might skip the trend this year. That might not be the case after all if the information posted by Twitter user Ice universe is to be believed.

The South Korean giant uses Qualcomm’s chipsets for the U.S. and China, while equipping devices in other markets such as Asia and Europe with the company’s own Exynos processors. However, Samsung’s decision to use a Snapdragon chip for the S20 line in South Korea was reportedly not received well by the Exynos division.

The rumors of a Snapdragon 865+ sporting Note20 must be taken with a grain of salt since earlier reporting suggested that the company might go with an updated 6nm Exynos 992 chip owing to the unavailability of a plus version processor from Qualcomm. Regardless, it will be interesting to see what the company offers in its upcoming devices.

In addition to the processor information, the Twitter user also noted in a separate tweet that the company has “completely solved the camera focusing problem” likely referring to the focusing issues found on the 108MP shooter that the Galaxy S20 Ultra sports. Rumors also hint that the Note20 could be offered with a laser auto-focus, so it is not clear if the 108MP sensor in the phablet will be the same as that on the S20 Ultra.

If the company does intend to offer the same processors across all of its devices, it might follow the rumored three-month launch strategy to accommodate for the procurement of the parts for all of its devices.