The company has been beta testing its self-service ads platform for over a year with a select few companies and individuals participating. Today, the full launch of Twitter Ads means that Twitter subscribers will likely see even more sponsored tweets and accounts on their timeline as Twitter tries to monetize its vast base of over 200 million users. 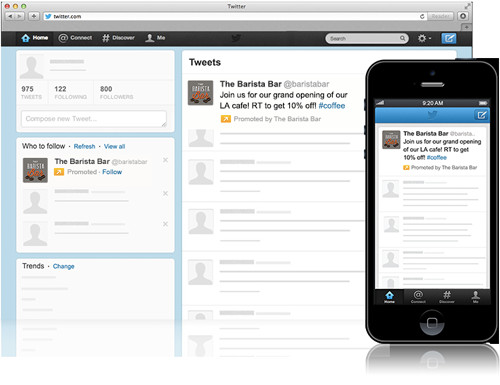 This new service should generate a lot of revenue for Twitter, which has often been criticized for not doing enough to take advantage of its growing user base. In March, the research firm eMarketer predicted Twitter's ad revenue would be $582.8 million in 2013 but go up to $1.33 billion in 2015.