Amazon has posted an image to their Facebook page as pointed out by our forum member Lone Wanderer Chicken, showing one of their warehouses where a huge stockpile of PlayStation 4 consoles has arrived and is ready to ship to customers.

Gamers who pre-ordered the PS4 from Amazon will be delighted to see that that the online retailer is already stocked up and ready for launch day shipments of the eagerly awaited device. 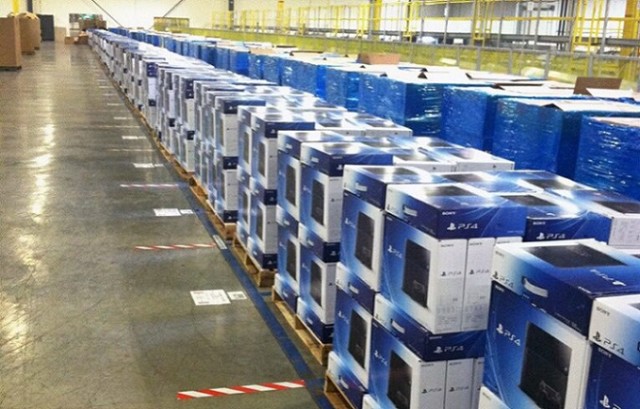 Sony's next-generation console will be launching in the coming weeks in most parts of the world. Ever since the console went up for pre-order after its announcement at E3, there has been a great demand for the launch day shipments.

Microsoft's Xbox One and Sony's PlayStation 4 go head to head in the next-gen console wars this holiday season and it's good to see that retailers are also gearing up to meet the demand. The PlayStation 4 is priced at $399 in the United States and €399 in Europe. It will be available to customers starting November 15 in the US, and November 29 in the European markets.