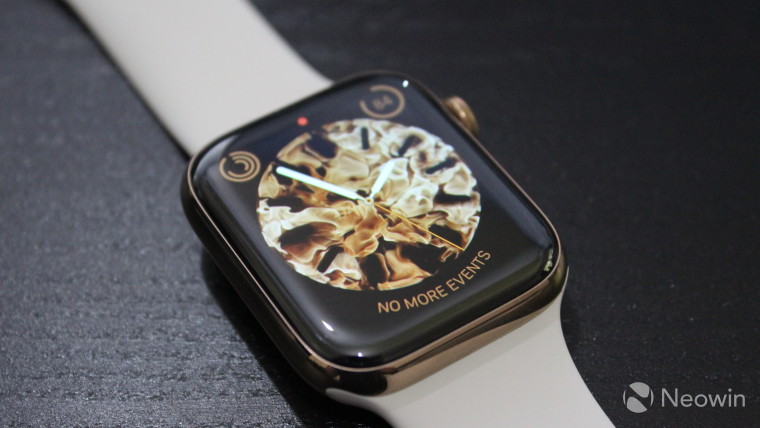 Good news for British Apple fanatics, Amazon is selling the Apple Watch Series 4 at a whopping £100 less than the original price of £499 on Apple's official store. Do keep in mind that this is the asking price for the GPS plus cellular version, which costs £100 more than the GPS plus Bluetooth variant. It goes without saying that this deal is exclusively available only to Amazon users in the UK.

The latest addition to Apple's growing portfolio of smartwatches, Apple Watch Series 4 was launched officially back in September 2018. Powered by Apple's dual-core, 64-bit S4 processor and watchOS 5 out the box, the device has an approximate battery life of 18 hours and is water resistant for up to 50 meters. It's equipped with an array of different sensors such as gyroscope and accelerometer sensors, as well as a unique new FDA-approved electronic heart-rate sensor. You can find a more extensive list of specifications accompanied by a full-blown review here.

Although the watch is available in two display sizes, 40mm and 44mm respectively, Amazon's offer is limited to the 40mm version. Going at £399, the package includes all the standard accessories such as a charging cable, a band, a case, and a 5W USB power adapter.

In comparison to some other smartwatches in the market, this one has fared pretty well so far. If the deal tickles your fantasy, head over to Amazon UK's online store via this link to purchase a discounted one for yourself.