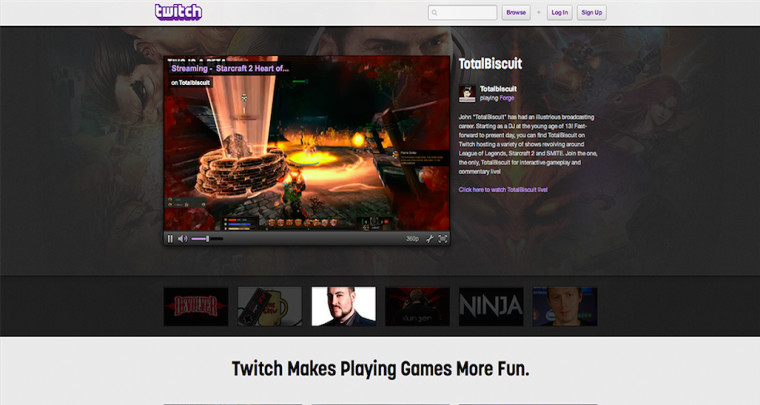 Its been a few months since we last heard rumors about Google-owned YouTube purchasing leading gaming video platform Twitch.tv. And now, It looks like the rumors have resurfaced this week, but with a new purchaser at the helm.

According to the Wall Street Journal, Amazon will be purchasing the streaming website for over  a billion dollars. Although there has been no official word, the deal could be announced as soon as Monday. Twitch.tv emerged as a spin-off from streaming platform Justin.tv and has garnered quite a bit of attention from the tech community and investors. The site has slowly gained a following as it has been used by gamers to stream their events and playthroughs.

Although the deal was initially supposed to be solidified months ago with YouTube, it looks like the discussions came to a halt over the past couple of weeks, allowing Amazon to step in for the rumored purchase. Amazon has been on a roll lately, releasing a new  phone, streaming box, and beefing up its streaming video library.

If the source is correct, it'll be interesting to see if Amazon will implement this new acquisition into its current media service or if they will change anything in regards to the existing Twitch.tv service.

[Update] Amazon has confirmed the purchase and said that they will acquire all of the outstanding shares of Twitch for approximately $970 million in cash.

Editors Note: The title of this post was updated after the confirmation of the purchase.