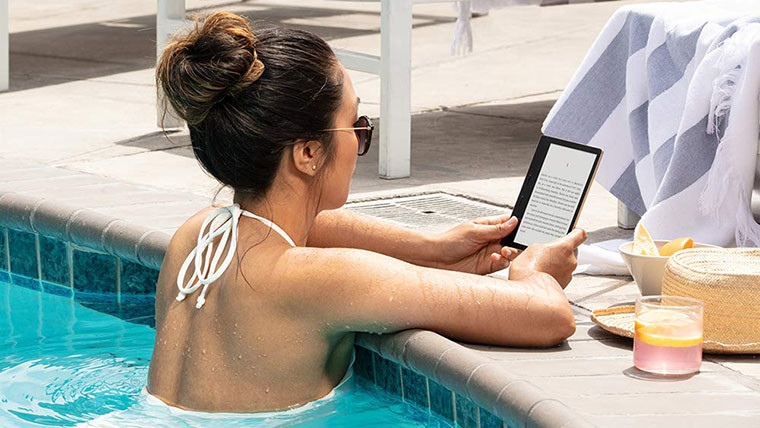 Today, Amazon unveiled the third-generation of its flagship Kindle Oasis e-reader. Starting at $249.99, there's not a whole lot that's different.

The main change is that you can adjust the color temperature of the display, making it easier on your eyes when you're reading at night. Like most systems work, you'll be able to schedule it based on when it gets dark out. 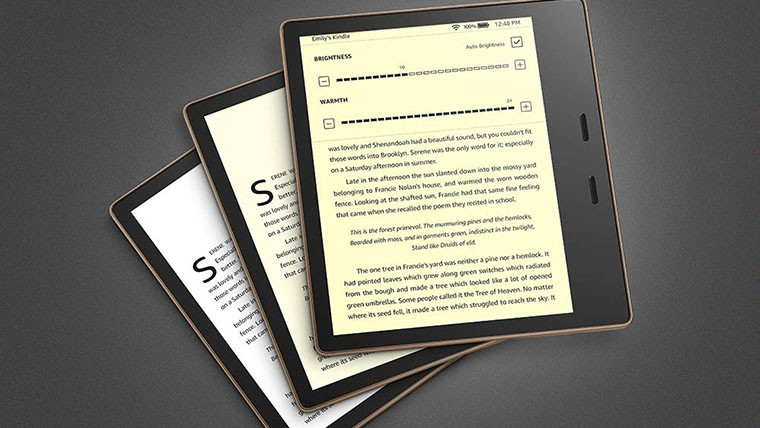 Amazon also said that the new Kindle Oasis has "the latest e-ink technology" for quicker page turns, and that it reads like real paper. It still packs a seven-inch 300ppi display, making it the largest Kindle on that market with both the Kindle and Kindle Paperwhite coming in at six inches.

This generation has 25 LEDs in the front light, compared to the last generation's 12. It's still IPX8 waterproof, and sadly, it still uses micro-USB to charge. Like all generations of the Kindle Oasis, you can also pair Bluetooth headphones for playing Audible audiobooks.

Of course, the real reason you'd pay so much for it is the design. Most of the width of the device is 0.13 inches thin, with a 0.33-inch "spine", making it easier to hold like a book and easier to use one-handed. The spine also has physical buttons on it, so you won't have to touch the screen to turn pages.

The third Kindle Oasis (called the 10th-generation Kindle Oasis) starts at $249.99 with 8GB of storage and special offers (lockscreen ads), and there's a 32GB model for $279.99. It's a $20 one-time fee to remove the advertisements, which you can also do later on if you're looking to save some money on the initial purchase. The comparison chart does show that there's a cellular model, although it doesn't seem like you can currently buy one.

If you want to check out the new Kindle Oasis, you can find it here.

Update: Amazon has confirmed that there's a model with free cellular service, which will cost $349.99.