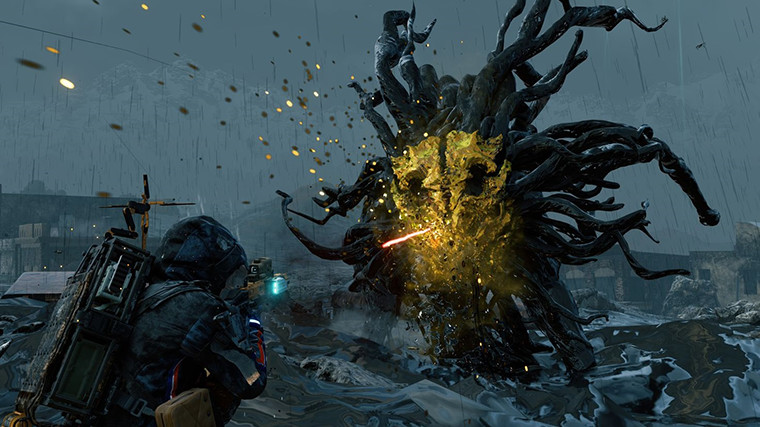 It has been less than a week since AMD's previous graphics driver released, and already, the Radeon team is back with another one. The Radeon Software Adrenalin 2020 Edition 20.7.2 delivers support for Death Stranding, F1 2020, and the Hyper Scape open beta, plus some bug fixes.

Hideo Kojima's Death Stranding launched earlier today on PC, and AMD says that the title will perform up to 8% better with this driver release. Meanwhile, Codemasters' F1 2020, which released earlier this month, comes boasting performance improvements of up to 5% better with the new driver. AMD performed these tests using the RX 5700 XT graphics card.

The newly launched open beta for Ubisoft's sci-fi battle royale, Hyper Scape, didn't get a specific mention on the release notes regarding what sort of improvements players can expect with the driver, but it is recommended for playing the title.

Like the previous release, this driver is also missing hardware-accelerated GPU scheduling, but the feature is available for select Navi cards in the 20.5.1 beta driver for anyone who is interested in testing it out.

Here are the fixed issues in today's driver, which also includes a mend for the Oculus VR corruption problem that was found in the previous release:

Here are the known issues AMD is still in the process of tackling:

The Radeon Software Adrenalin 2020 Edition 20.7.2 driver can now be downloaded via the links listed on the official release notes page as well as via the Radeon Settings app on Windows.

AMD also kicked off a new Raise the Game campaign today, bundling together Godfall and World of Warcraft Shadowlands with its RX 5000 series graphics cards.