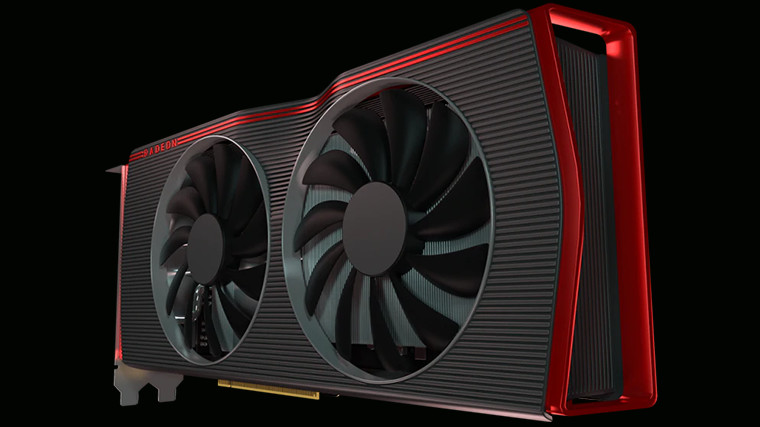 During CES, AMD announced the latest entry to its high-performance Radeon graphics card line, the 5600 XT, arriving powered by the new 7nm RDNA architecture. The card fills the empty slot between the RX 5500 and 5700 series by the company, though its announcement is not much of a surprise considering the multiple leaks that surfaced in the last month or so.

AMD is pushing the 5600 XT primarily as a contender in the 1080p space, taking aim at the GTX 1660Ti. Compared to the Nvidia card, AMD says their new hardware will perform about 20% better in AAA games and 10% better in esports games on average. Corporate vice president and general manager Scott Herkelman of AMD said this regarding the continued focus towards 1080p gaming:

"There are 90 million active users on Steam, and over 64 percent of gamers who participated in a recent Steam survey reported playing at 1080p. We’re committed to providing all 1080p gamers with the raw horsepower and incredible features that enable the absolute best gaming experiences with all settings maxed out."

Here are the full specifications of the 5600 XT:

The RX 5600 XT will be available on January 21 for $279 through board partners like Sapphire, MSI, ASUS, XFX, Gigabyte, and others. Alongside this card, AMD also announced the RX 5600, a slightly less powerful variant that will only be available through OEM systems. Meanwhile, the high-performance RX 5600M and RX 5700M mobile GPUs will land later in 2020.