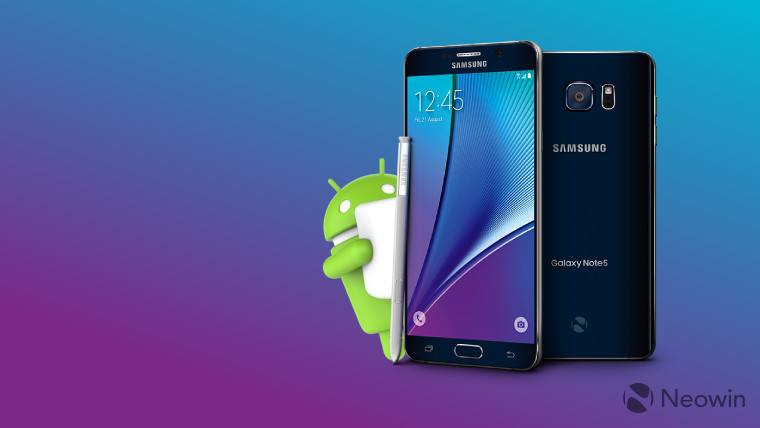 Back in February, Samsung began beta testing Marshmallow for the Galaxy Note 5 in the US, and the update has since made its way to major carriers there including Sprint and Verizon.

Today, over six months after Google originally released Marshmallow, T-Mobile has finally started rolling out Android 6.0.1 to its Galaxy Note 5. The update weighs in at almost 1422MB, and along with the improvements that Google baked into its OS, it also features various additions from Samsung, including the latest version of its TouchWiz interface.

As SamMobile notes, the update will also remove Facebook Messenger, Instagram and WhatsApp as pre-installed apps from the ROM; that won't actually delete the apps from the device if you have them installed, but it will mean that if you reset the device to 'factory settings' after updating, you'll have to install them manually from the Google Play store.

As is always the case with over-the-air updates, while the rollout has begun, it may take a while for all eligible devices to be upgraded, so if you don't yet see the update available on your Galaxy Note 5, give it a bit more time before descending into panic.

T-Mobile's rollout leaves AT&T as the only one of America's top four carriers that hasn't yet started upgrading the Galaxy Note 5 to Marshmallow.