“By the summer of 2012, the majority of the televisions you see
in stores will have Google TV embedded.”
– Eric Schmidt, chairman of Google, December 7, 2011

It was a rather bold prediction on Eric Schmidt’s part. Within just six months, he asserted, Google TV would have gained such significant market traction that it would become the dominant platform for smart televisions. Needless to say, things didn’t exactly work out as planned.

But the road to success is often paved with many failures, and while Google TV has certainly failed to even come close to realising Schmidt’s vision, the company is gearing up for a new offensive into the living room. Our first official look at Google’s new Android TV efforts is expected in just a few weeks’ time at its I/O conference at the end of June, and it will focus on two key areas: media services and gaming. 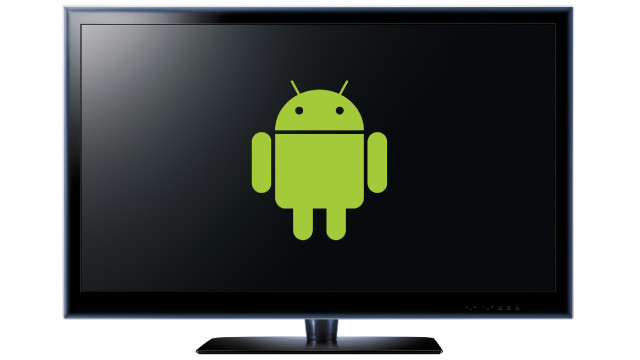 While Google’s low-cost Chromecast has been a reasonable success, the company is aiming to go much further with Android TV. But, as with Google TV before it, Android TV will not be a single Google device, like the Apple TV box, but rather a platform on which other manufacturers can build their own hardware, from set-top boxes to integrated smart TVs.

As GigaOM reports, in a detailed article that’s well worth a read, the Android team under its then-leader, Andy Rubin, is believed to have actually developed its own set-top box running Android last year, and came very close to actually launching it, before finally scrapping those plans. The decision to abandon that path came as the company merged Google TV with its Android development efforts, a move that became inevitable with the success of Chromecast. 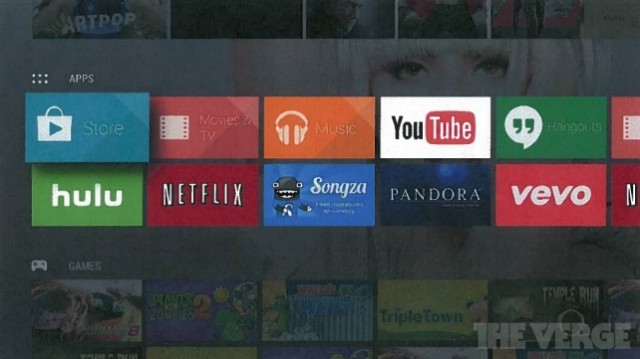 The “secret weapon” in Google’s arsenal for this new battle will be Android TV’s user interface, codenamed ‘Pano’. The core philosophy behind Pano is simplicity, with the company having considered some radical approaches in its development. One included subjugating third-party apps on the platform completely, relying instead on ‘data feeds’ from apps and services that would make content accessible to the user, without actually relying on the various interfaces and experiences of those individual apps.

Ultimately, that approach was deemed unsuitable, but the underlying concept that Google is expected to announce for Android TV is believed to be similar in some ways. Pano will present content to users as a collection of ‘cards’ that surface content into the UI, pulling it from the various apps and services available through the device.

Each of these cards – showing a movie or an episode of a TV show, for example – will have deep integration into third-party apps, enabling them to be launched immediately and to hook into other related content experiences, such as trailers and reviews. 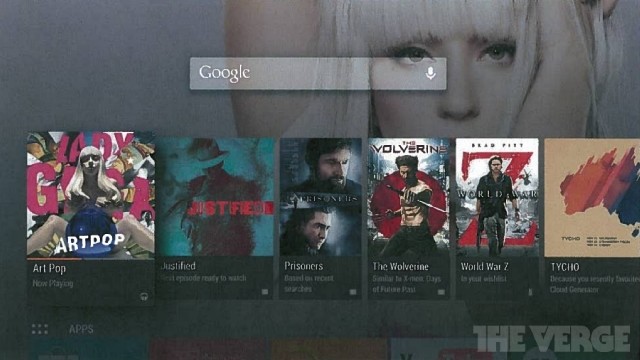 Some media publishers apparently reacted unfavourably to this – understandably, perhaps, given that it puts Google’s interface front and centre, while pushing their own apps into the background, making them little more than content delivery mechanisms. For this reason, it remains unclear just how much of this vision has survived unchanged since The Verge first published screenshots of Pano back in April, but the fundamental principles of this user experience are believed to remain, at least for Google’s own Play Store content.

Android TV is also intended to cater to the sizable market of casual gamers that like the idea of playing games on a device larger than a smartphone or tablet, but not quite enough to throw down hundreds of dollars on a dedicated console. With integration into smart TVs and set-top boxes, Google will be able to cater to this market with Android-based games; while these will not seriously challenge the Xbox One or PlayStation 4 for graphics superiority, the casual gamers that like the idea of occasional diversions on larger displays may well find their more modest gaming needs satisfied.

As with Google TV, though, all of this hinges on manufacturer support. It is not yet clear how eager (or not) hardware builders are to support the company in its development of another TV platform, especially given what a flop Google TV was.

Even so, one thing that Google can never be accused of is a lack of ambition. It failed before, but it is not afraid to try again and it may yet succeed. One hopes, however, that this time around, Eric Schmidt keeps his predictions of market dominance to himself.

Source: GigaOM | images 2 and 3 via The Verge