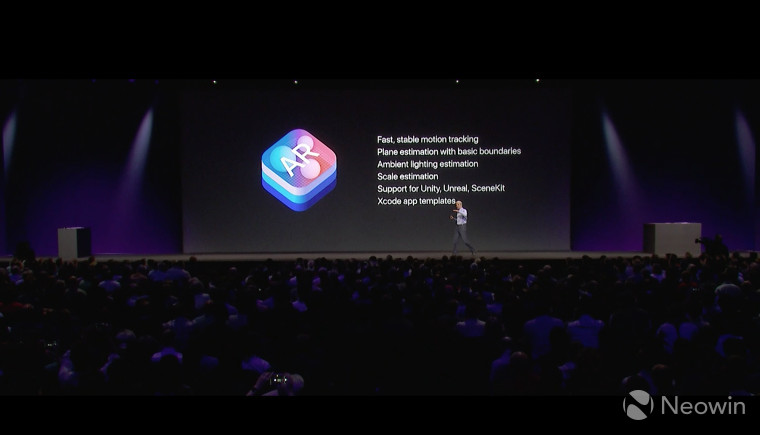 Apple has announced ARKit at its 2017 WWDC event. Apple said that the ARKit framework aims to provide fast and stable motion tracking that has the ability find surfaces, estimate ambient light in the environment and estimate the scale of objects. ARKit takes advantage of the device’s front and rear cameras, the system-on-chip, and motion sensors. Hundreds of millions of iPhones will be capable of ARKit according to the company.

Apple told the audience that app developers cannot wait to get their hands on ARKit. Apple gave some example of apps which had already been given early access to it and showed what was now possible. The Lego Batman app was shown with an exploding Lego model and Pokemon Go was shown to be even more realistic. With ARKit, Apple says there’s no need for any sort of tracking markers to help the device orient itself as ARKit will take care of that.

Unlike Google’s Tango AR platform which is available on select devices, Apple’s ARKit will be available across the whole iOS ecosystem.