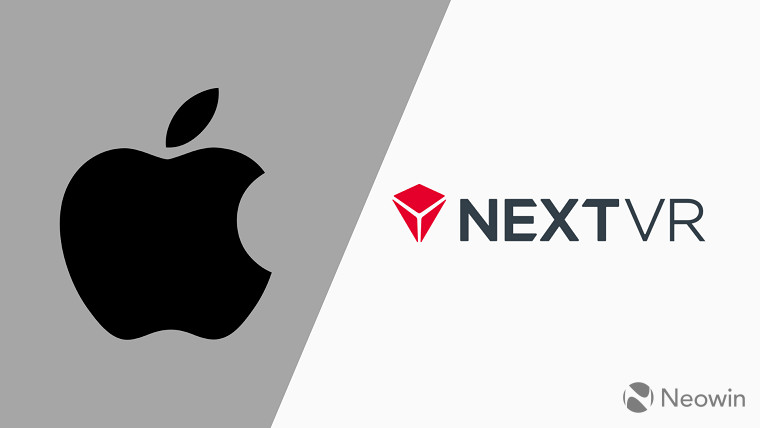 Apple was first reported last month to be in talks to buy NextVR, a California-based provider of virtual reality events. Today, the tech giant confirmed the acquisition (via CNBC).

Terms of the deal were not disclosed, but a recent report claimed the acquisition may cost Apple approximately $100 million. It's not clear what Apple plans next for the startup. NextVR's website currently displays the following message:

"NextVR is heading in a new direction. Thank you to our partners and fans around the world for the role you played in building this awesome platform for sports, music and entertainment experiences in Virtual Reality."

The company used to broadcast both live and recorded streams in VR for sports, music and entertainment events. In the past, NextVR has partnered with the NBA, WWE, FOX Sports, Live Nation, Wimbledon, and the International Champions Cup. It also supports various platforms such as Oculus Rift, Windows Mixed Reality, Gear VR, Daydream View, PlayStation VR, Vive, iOS, and Android.