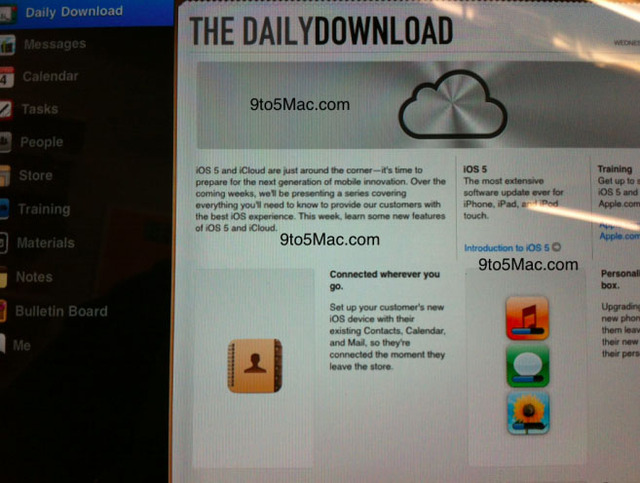 Apple's retail employees are reportedly training up for the release of iOS 5 and the company's iCloud platform, leading to suggestions the next iPhone may not be far away.

Apple typically releases new versions of iOS and new iPhone hardware within days of each other - iOS 4 was released June 21, 2010, three days before the iPhone 4 hit shelves - and writer Mark Gurman claims Apple usually only kicks off training programs around the fortnight leading up to a product launch.

With iOS 5 now at its seventh beta and iCloud for Lion at its ninth, the new training programs certainly add weight to suggestions the next generation of Apple's popular phone is just around the corner, though an exact launch date is still far from certain.

That lack of certainty isn't stopping a flood of suggestions, however. In the latest wave of rumours, Boy Genius Report obtained a Best Buy document apparently informing managers that the iPhone 5 could go up for preorder in the first week of October. The same document also adds fuel to a rumour that Sprint will be getting the next-gen iPhone.

As with all such things, it's probably best to take the leaked document with a healthy helping of skepticism; even BGR's source wasn't sure whether the document meant the iPhone 5 would launch in the first week of October, or become available for preorder around that time. 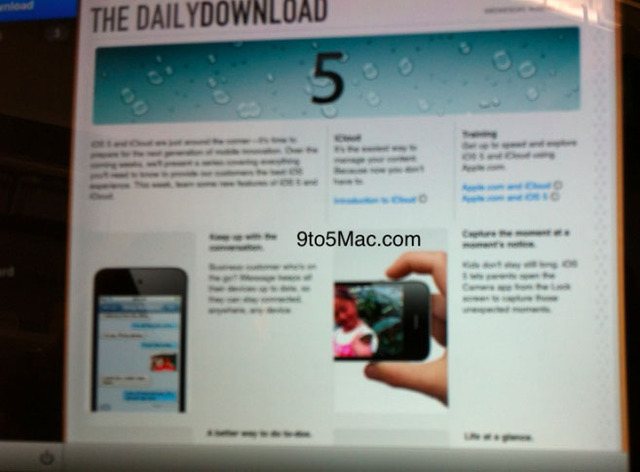