Since its release alongside the original iPhone in 2007, users have complained that the company's mobile OS is 'stale'. Given the advent of Windows Phone 8 and Android 4.2 'Jelly Bean', Apple's proprietary 5x4 grid of app icons has, for many users, become unfit for purpose.

At its WWDC conference, Apple today announced iOS 7, the next major iteration of its mobile OS. The update brings with it a major redesign, offering a flatter, cleaner design and 3D layers. Stock apps have been significantly updated to mirror the new design, with lots of white space and thinline fonts.

As rumoured, iOS 7 brings with it a far cleaner and flatter design with heavily updated colours, icons and new features. The new lock screen offers thin fonts, an animated wallpaper and the ability to quickly swipe down to access Notification Center. 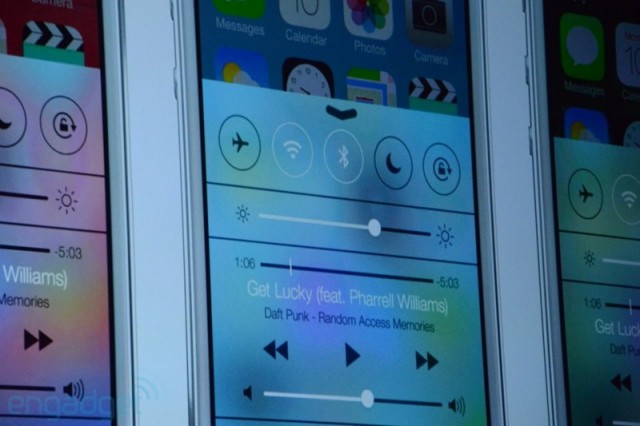 It's long been the signature feature of jailbreaking your iOS device, but now Apple have created their own solution for quickly accessing your device's settings. Swiping up from the bottom of your device's display on iOS 7 prompts Control Center to appear, offering controls to toggle Airplane Mode, Wi-Fi, Bluetooth, Do Not Disturb and Orientation Lock.

By simply double-tapping in iOS 7, a new multitasking environment appears, offering live previews of currently running applications, accessible from anywhere in the OS. 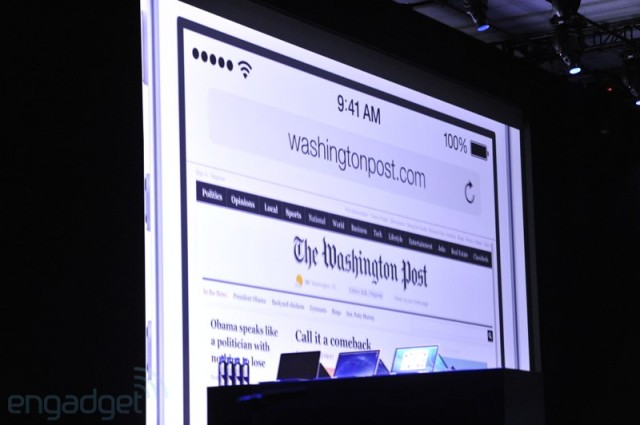 Apple's default web browser has been updated to reflect iOS 7's new design, as well as offering new features to make the browsing the web faster and more intuitive. A new 'tabs' feature breaks free of iOS' 8-tab limit to offer unlimited tabs as well as a new 3D browsing environment. Under the hood, Safari has been updated further to support the newest and emerging web standards.

Whilst the iPhone 5's camera hardware has been met with lots of positive acclaim, organising your photos has always taken a back seat in Apple's mobile OS. Now with iOS 7, the company offers you multiple ways to experience all of your snaps. Photos can be categorised by location, date and the people within them. Scrolling back through months worth of photos has always been a drag, but now with iOS 7 you can simply pinch out to view your entire library and scrub between them.

The camera app in iOS 7 also offers an improved UI and new live filters. From within the camera app, gesture-based pop-up previews can be enabled to easily view photos you've just taken. 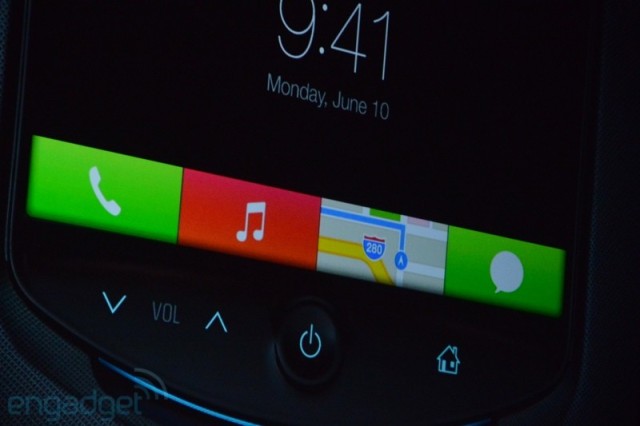 Siri & iOS in the Car

Siri in iOS 7 offers a flatter and cleaner interface, as with many of the other stock software features. The service has been graced with a host of new, more realistic voices with a variety of language options. Your phone's virtual personality can now control brightness or other device settings, as well as offering quick updates from Twitter, Bing and Wikipedia. 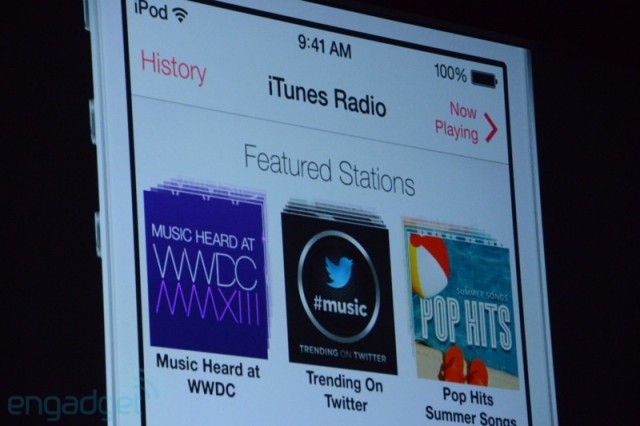 The stock Music app in iOS 7 has been significantly updated with a new design, new control options and of course, iTunes Radio functionality.

iTunes Radio lets you choose tracks to listen to-ondemand, and allows you to create custom radio stations based upon recommendations and your favourite artists. Clearly designed to compete with Pandora, an established radio platform for iOS, iTunes Radio works on all iOS devices as well as within the desktop iTunes environment. iTunes Radio will be offered to users free with ads, and existing iTunes Match subscribers can enjoy the service ad-free.

iOS 7 also includes FaceTime audio calls over Wi-Fi, improved search functionality in Mail, the ability to block phone calls, FaceTime calls and messages, as well as notification sync across all your iOS and OS X devices. Notifications themselves also take a more prominent position, allowing users to reply to messages straight from the pop-up, a feature mirrored across to OS X "Mavericks", the company's new desktop OS.