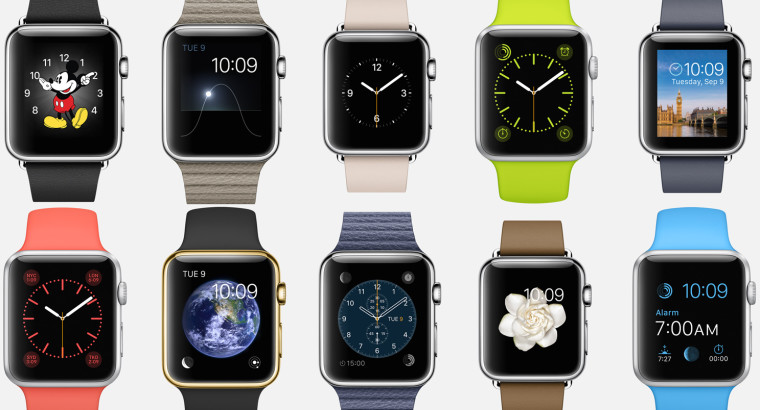 Pre-orders for the Apple Watch opened on April 10th and quickly sold out causing shipping dates for some models to fall to much later on in 2015. Apple is yet to release any kind of numbers surrounding pre-orders, except for a statement from Tim Cook, Apple CEO, describing the order volume as "great".

Luckily, there are other ways to estimate pre-order volume, one of those being by confirmation emails in inboxes. Slice Intelligence, a firm that tracks e-commerce spending through email receipts, is claiming that a little under 1 million Apple Watches have been pre-ordered according to their sample of 9,080 shoppers who agreed to have their email monitored for receipts.

Of those one million, almost two thirds were the Apple Watch Sport, the cheapest model, with the remaining third predominantly being made up of the stainless steel Watch, which is the next cheapest. The $10,000 Apple Watch Edition did not make up enough pre-order volume to register on Slice Intelligence's polling.

Slice Intelligence also calculated which watch bands were the most popular, with the black sport band coming out on top for both the Sport model and the Watch. The Milanese Loop was the second most popular for the Watch. The 42mm Watch was the most pre-ordered with a 71% share, potentially revealing that the product is more popular with men who have larger wrists.

The data should be taken with a pinch of salt, however, as, until Apple releases it owns data, nothing is certain. The Apple Watch sold out almost everywhere it was made available, signaling that demand is high. The data only reflects the U.S and order types and qualities could be different elsewhere.