Multiple tech companies around the globe have recently been reducing or cutting ties with Russia following the country's invasion of Ukraine. This includes Dell, Ericsson, Logitech, Google, Mozilla, Microsoft, and many more. Now, Apple has removed the iOS app for Russia's largest social network, VK, from its App Store. 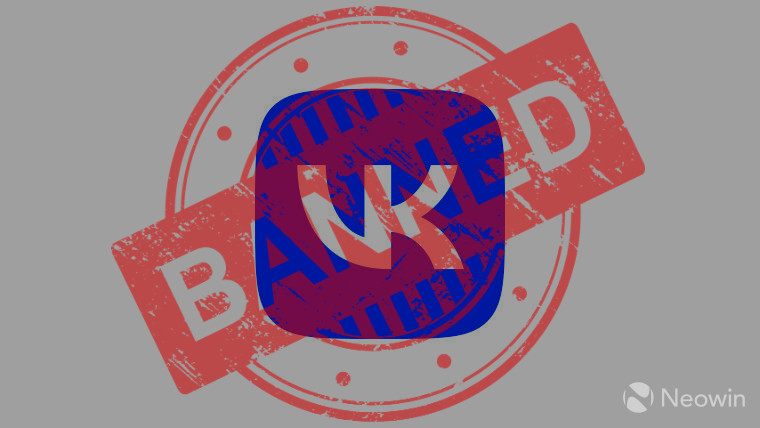 As spotted by The Verge, VK has published a statement confirming that its applications can't be downloaded or updated from the App Store. It has assured users that the app will continue to work for those who have installed it already while its technical team tries to figure out a workaround. It has also hinted that in the past few months, it has made "key updates" to its products, likely to prepare for situations like these. For VK users who can't properly use the iOS app, the company has recommended accessing its site from mobile or desktop.

In a statement, an Apple spokesperson confirmed that the apps have been removed and VK's developer access has been revoked following the UK's recent sanctions on Russia:

These apps are being distributed by developers majority-owned or majority-controlled by one or more parties sanctioned by the UK government. In order to comply with these sanctions, Apple terminated the developer accounts associated with these apps, and the apps cannot be downloaded from any App Store, regardless of location. Users who have already downloaded these apps may continue to use them.

In a statement to Kremlin-controlled media outlet RT, the Russian Ministry of Digital Affairs confirmed that it is still investigating the matter.

VK doesn't only have a social networking app, it also has a Play Store alternative called RuStore, and is the firm behind Mail.ru, VK Music, and Youla classifieds, all of which have now been removed from the App Store. Interestingly, Google hasn't followed Apple's suit in removing VK's apps from the Play Store at the time of this writing and it's unclear if it will even do so.

Source: VK via The Verge