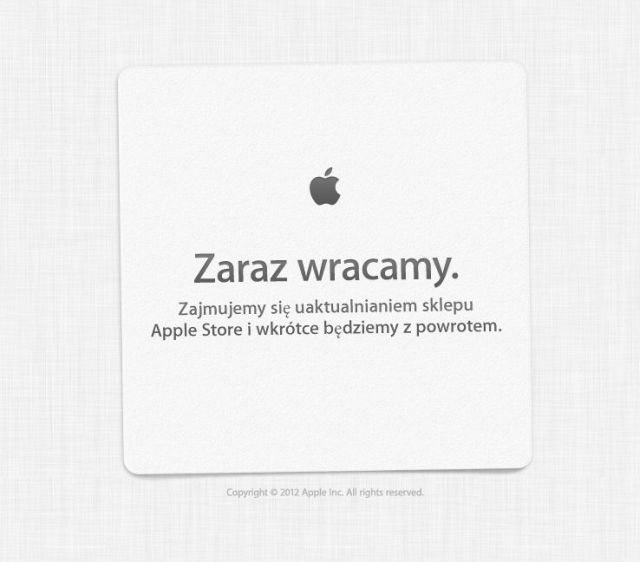 With the iPhone 5 press event scheduled to be held later today in San Fransisco, its not a shock to learn that Apple has been busy making some behind-the-scenes updates to prepare for a huge amount of purchases on its online store.

Currently, the Apple.com store front is showing a message that the company is "busy updating the Apple Store" but it should be back online "soon". We are going to guess that it will come back online shortly after the press event, which is currently scheduled to start at 1 pm Eastern time (10 am Pacific time).

One cool thing about the store front at the moment is that it is showing the message in pretty much every language known to man. The message is actually an animated .gif image that changes to show the same message in a different language every few seconds

In addition to the new iPhone 5, Apple could also offer refreshed versions of some iPod media devices in its online store later today. Apple has never actually disclosed just how many units of its various products are sold directly from its own online store, but we would guess that number is "a lot".