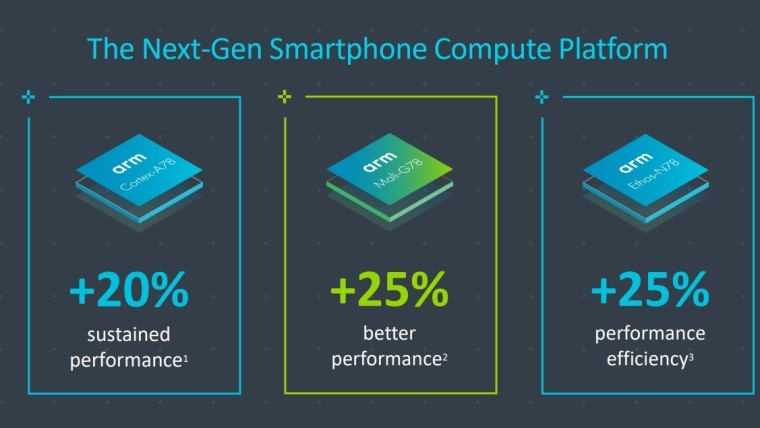 Every year around this time, British technology company Arm introduces the next generation of ARM-based processors, and this year is no different. Today, the company introduced the Cortex-A78 CPU and the Mali-G78 GPU, but the most interesting announcement might be the Cortex-X custom program.

Starting with the Cortex-A78, it's the sort of upgrade you'd expect at this point, with Arm calling it the most efficient Cortex-A CPU ever. It promises a 20% increase in sustained performance over the Cortex-A77, which is found on most flagship phones this year, and it does so without using significantly more power. Arm says the chip will enable "multi-day, immersive 5G experiences".

If that's not enough, though, Arm is introducing a brand new line of Cortex CPUs, called Cortex-X. The goal with Cortex-X is to allow manufacturers to customize the processor in more ways, potentially enabling some of these solutions to go even further in performance. The first CPU in this line is the Cortex-X1, and Arm says it's the most powerful Cortex CPU ever, promising a 30% increase in peak performance over the Cortex-A77.

Moving on to GPUs, there's the new Mali-G78, the second generation of GPUs based on the company's Valhall architecture. Arm says the new GPU promises 25% more performance compared to last year's offering, which is significant considering that GPU already offered a 40% increase in performance over the previous generation. The new Mali-G78 GPU supports up to 24 cores, and Arm says it's also more efficient and could deliver better battery life.

Arm is also introducing a sub-premium line of GPUs, starting with the new Mali-G68. It supports up to 8 cores and has all of the enhancements of the Mali-G78, which include improved tilers, asynchronous top level, and improved fragment dependency tracking.

Finally, there's a new Neural Processing Unit, or NPU, the Ethos-N78. It promises enhanced on-device machine learning and up to a 25% improvement in performance efficiency. It's also configurable, with configurations ranging from 1 TOP/s to 10 TOP/s.

The new products should be at the heart of flagship phones in 2021.