In July, rumors hit the Internet that actor Ashton Kutcher had signed a $10 million deal to become a spokesperson for Lenovo. This week, the company confirmed that Kutcher will be helping to promote its products in a series of teaser images on the Lenovo Facebook page. 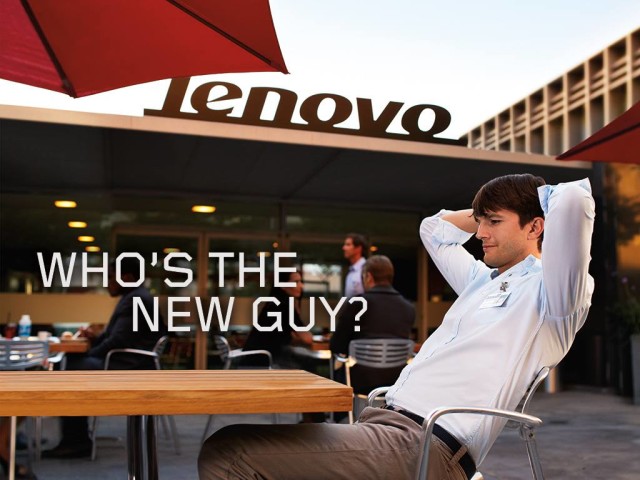 The Facebook posts, like the one above, shows that Kutcher's first job for Lenovo will be to help launch its still mysterious "betterway" campaign that seems to involve a new tablet. The promotion will officially begin on Monday evening with a live stream on Lenovo's YouTube channel, starting at 10 pm Eastern Time (7 pm Pacific).

Besides his acting roles, Kutcher is known as a gadget and technology fan. Previously, he was a long time spokesperson for Nikon. Earlier this summer, the independent movie 'Jobs', with Kutcher portraying the late Apple co-founder Steve Jobs, debuted at the box office to mediocre reviews and poor box office sales.

Lenovo has continued to post quick videos on its YouTube channel that are part of its "betterway" teaser campaign, such as the one above which hints that the tablet it plans to launch will offer an improvement for battery life compared to other products.