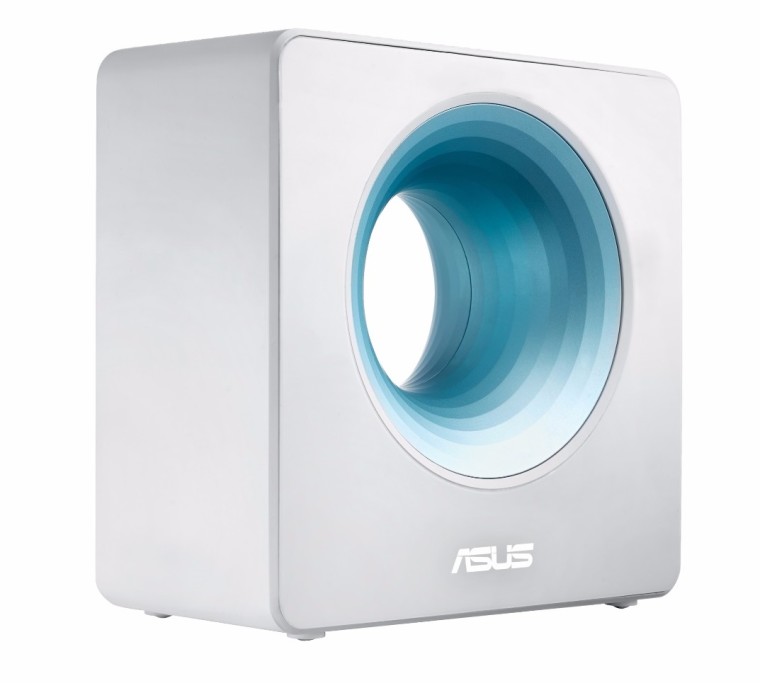 With the Internet of Things encompassing everything from cameras to sex toys, it's no surprise that we need not only more bandwidth, but more reliable connectivity within our own homes. Combine this fact with high density living spaces, and people frequently find so many network collisions that their wireless speeds becomes unusable.

Asus recently revealed a product at Computex 2017 to help fix this problem. Dubbed the "Blue Cave," the device is an AC2600-class dual-band smart Wi-Fi router that includes built-in security, fast connectivity to stream 4k video, and the ability to "support more client devices simultaneously than most routers available today," useful in homes where everything has a Wi-Fi radio built into it. The Blue Cave's design has no external antennas because the goal was for the device to look good in the home instead of being stashed away in a closet. The most distinguishing feature of the Blue Cave is the fact that there's a giant hole in the middle of the device, making it look more like a subwoofer than a Wi-Fi router. Asus also added LED lights in the hole to awash the space in blue light.

In addition to connectivity, the Blue Cave promises to protect all of the devices on your network with a lifetime subscription of TrendMicro's Smart Home Network. Although we've not reviewed the merits of this product, it promises to use integrated threat intelligence to quickly block all known attacks. According to TrendMicro's detailed response to WannaCry, it's possible that the device would've prevented attacks on a network that used Blue Cave.

No official price or release date has been announced, but the speculation is that the Blue Cave will sell for $180.