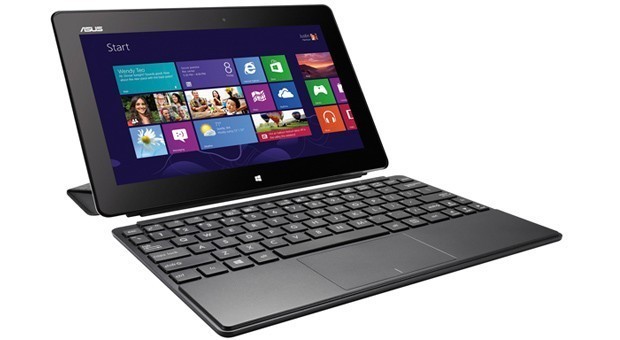 The VivoTab Smart is the most recent 10.1 Windows 8 tablet from Asus

Asus will be joining the list of PC OEMs that will be making smaller Windows 8 tablets. The hardware company confirmed their intentions in their quarterly financial statements and added that the prices of these tablets could go below $300.

The Wall Street Journal reports that Asus CEO Jerry Shen was bullish on these plans, saying, "We're very optimistic about sales for Windows 8 tablets this year, due to Microsoft's smaller form-factor program." The news came as Asus reported net profits of 6.05 billion New Taiwan dollars ($202.4 million) for the first quarter of 2013, up from $5.01 billion New Taiwan dollars a year earlier.

Specifics about Asus's smaller tablets have yet to be revealed. A few weeks ago, Microsoft confirmed it was working with PC OEMs to create smaller Windows 8 touchscreen devices that would be released in the months ahead.

Shen's comment that Windows 8 tablets could be priced below $300 could be good news for Microsoft as it tries to get a bigger foothold on the tablet market. While the product has yet to be officially confirmed, information has already leaked about an eight inch Acer Windows 8 tablet that was priced by Amazon.com for $379.99