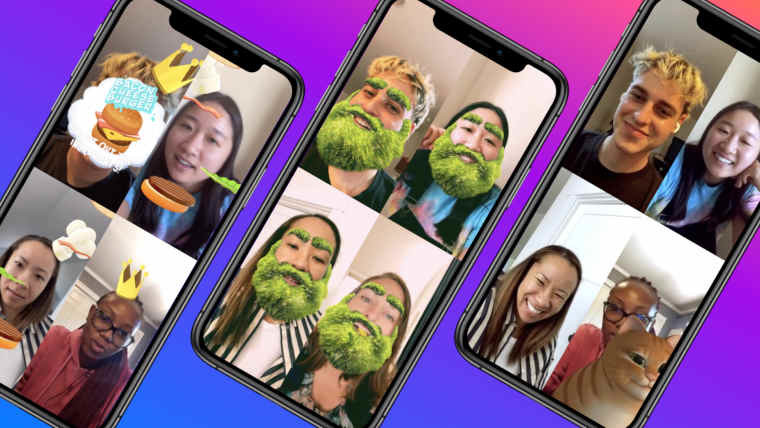 At the time of writing, there is a library of over 70 Group Effects; some of those available include a game where you try and build the best burger and a cat's tail that wags on your video feed. You can check out Group Effects by creating a video call or creating a room on Messenger then tapping the smiley face to open the effects tray and selecting Group Effects.

Commenting on why the new feature is important, Facebook said:

“Group Effects also enable creators to bring their creative ideas to the Messenger video calling experience. Until now, many AR effects have been a solo experience, like augmenting a photo or video for Stories or Reels. We’re excited to see how creators, like Ross Wakefield who designed the “Blow the Dandelion” effect, expand their creativity with Group Effects, while also helping you deepen connections with friends and family in real-time.”

While you can begin using these features right now on Messenger, Facebook also has plans to bring these features to Instagram. It’s unclear when they’ll be available on Instagram but with the hard work done, it shouldn’t take too long, hopefully.