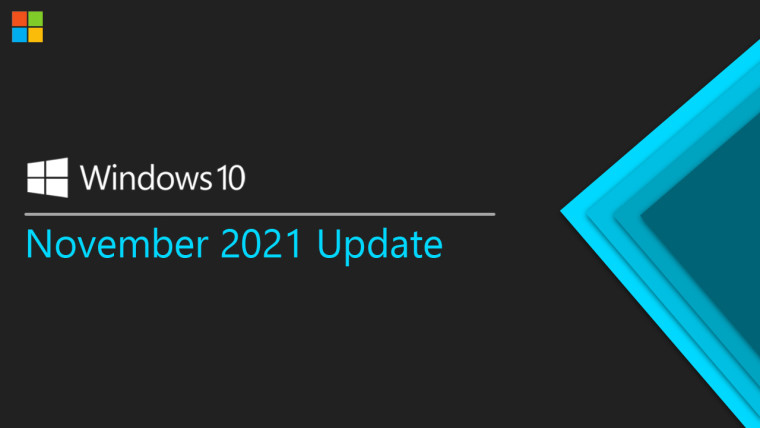 Microsoft has announced that build 19044.1288 is the candidate for general release for Windows 10 21H2 and it is now available to download in the Release Preview channel for Windows Insiders. For those that don't want to enroll their main PC in the Windows Insider program, it is also available in ISO form here.

This follows the news from two days ago where the higher build 19044.1319 was pushed to those already on 21H2, which is also scheduled for the next Patch Tuesday in November. For anyone who hasn't yet upgraded their Windows 10 21H1 to the 21H2 November Update, they will get the lower 19044.1288 first, until Patch Tuesday rolls around in the second week of November.

Microsoft also announced that the new Windows Hello for Business deployment method known as ‘cloud trust’ that was planned to launch with 21H2 is now delayed and "still under development" the firm says it will be delivered "in a future monthly update to the November 2021 Update." If you are unaware of what to expect with Windows 10 21H2, you can read our Here's what you need to know guide about it.