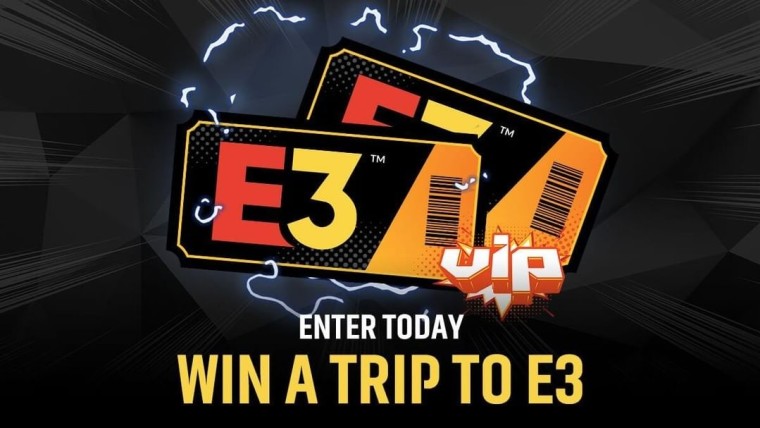 It's almost that time of the year again; the annual E3 gaming conference is just around the corner. Perfectly in time, Bandai Namco Entertainment America is currently holding a competition where contestants stand a chance to win exclusive passes to the upcoming event E3 2019. The VIP passes will allow prizewinners to play Bandai Namco's game demos first. They will also receive behind-the-scenes access, after party invites and swag galore. A total of four winners will be chosen at the end of the "Why I'm A VIP" E3 Trip Contest and each winner will be awarded a prize haul worth $5000.

Bandai Namco describes the reward as a "once in a lifetime trip to E3". The winnings will cover a three-day three-night trip to Los Angeles, California to attend the E3 2019 expo, including travel and living accommodations costs. Each winner will be entitled to receive the following:

The rules of the contest are pretty simple. Entrants must think up a unique and creative answer in 250 characters or less to the question "Why I'm a VIP" and explain why they deserve to come to E3. They must then submit the answer along with personal details such as name and email address. The judges will award the contestants points out of a total of 100 based on multiple criteria including originality, creativity, passion for video games and expression.

Unfortunately, entry to the "Why I'm a VIP" E3 Trip Contest is limited to residents of the U.S. Additionally, only citizens of 49 states - along with the District of Columbia - are eligible to enter, meaning residents of Tennessee and American nationals living overseas are excluded from the competition. The rules also stipulate that entrants must be at least 21 years old or older in order to compete in the contest.

The competition is already underway and entries close on May 20, 2019, at 11:59 pm PT. Winners will be announced a few days later, on May 25, 2019. Those interested in taking part in the "Why I'm A VIP" E3 Trip Contest may register on the competition's official website.