With roots that stretch back more than a decade and enough fans to justify new content every year, Battlefield is among the handful of franchises that needs no introduction around here. Even if you hate EA's approach modern military madness, you can typically expect Battlefield's graphics to raise the bar. This year's release is no different, of course, having been built with an updated version of the Frostbite engine.

Frostbite 3 enables more realistic environments with higher resolution textures and particle effects. Part of this includes a "networked" water system that ensures all players in a game see the same wave at the same time. Beyond the networking voodoo happening behind the scenes, Battlefield 4's waves are an incredible spectacle. Water battles in small vessels are exciting as your vision can be blocked by passing waves. 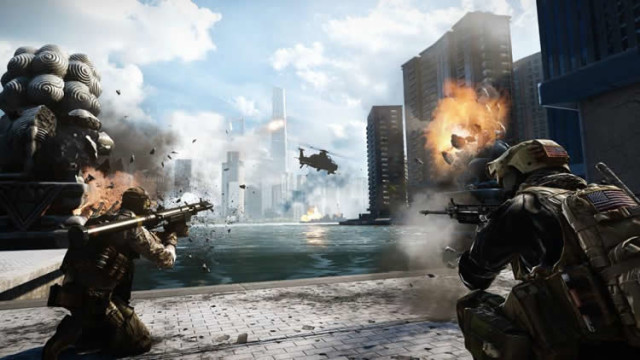 DICE also says it has overhauled the engine's Tessellation support to enable greater realism, including improved destruction. In short, watching HD YouTube videos doesn't do any justice to the beauty of BF4's graphics, which may just be the best we've ever seen. Regardless, there's no doubting that Frostbite 3 is on the cutting edge of engines and it's more apparent than ever that the next generation is here...