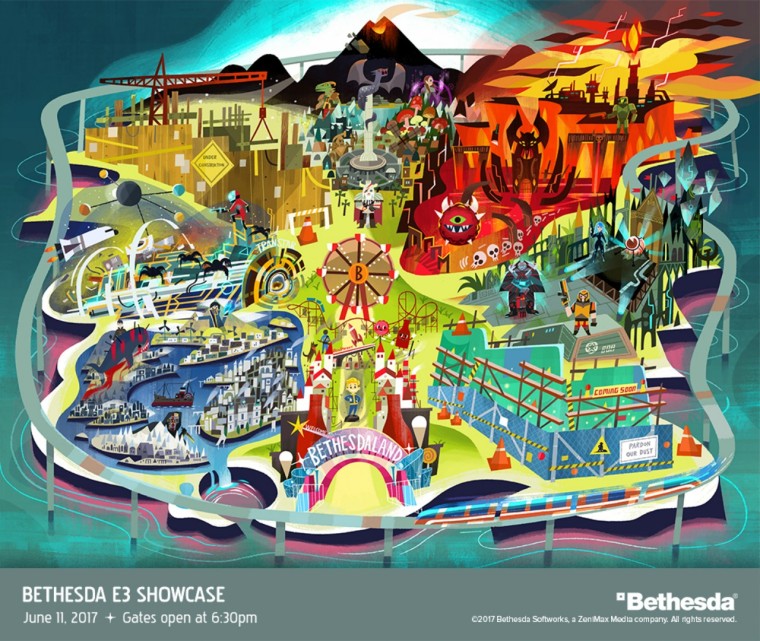 At its first E3 outing in 2015, Bethesda made a huge splash in the gaming world with the release of Fallout 4 and other titles. Now, after skipping last year, the company is once again taking the stage with an E3 briefing, which should mean that the Maryland-based studio and publisher has a lot in store for us.

What that might be, however, is anyone's guess because unlike other publishers, Bethesda has been awfully mum about its plans for E3 this year. As with previous years, Fallout 4 VR is almost certainly going to make an appearance, though this time we may also see a release date. There have also been some rumours about a possible Skryim in VR project, but that's definitely not a given.

Then, there's Starfield and the other new IP Bethesda is said to be working on currently. It's been quite a while since the release of Fallout 4 and, given the company's usual cadence of 3-4 years between major releases, it is expected that the company should reveal one, if not both, of these projects.

Beyond just the company's own studio, Bethesda is also a major publisher now and, according to an ad listing on Reddit, we already know The Evil Within 2 is on the plans. Wolfenstein 2: The New Colossus has also been listed prematurely on Amazon so that should also make a cut. With Fallout Shelter, the company also started a rather successful love affair with mobile games and it's more likely than not that the company will announce at least one of those, possibly as a tie-in for another of its game.

With Bethesda's propensity for suspense, however, it's always hard to know exactly what bombshells it'll drop so it's best if you follow along with the announcements as they're made on the livestream, which is available on Twitch and YouTube at 9 PM PDT or 12 AM EDT.