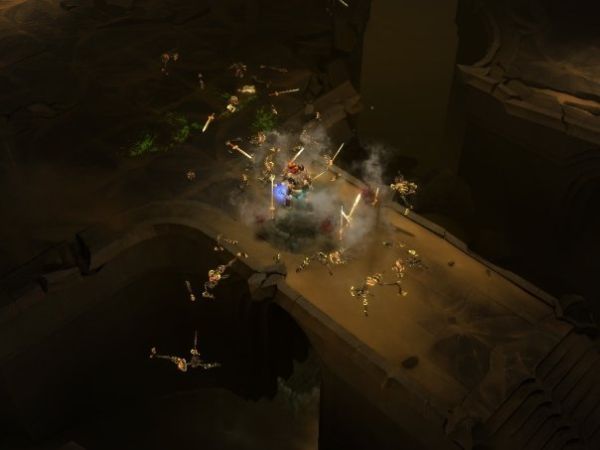 Fans of the Diablo action-RPG franchise might want to pencil in some vacation time later on this year. During Activision Blizzard's financial conference call, Blizzard CEO Mike Morhaime said that the long awaited third game in the series, Diablo III, is currently targeted to start external beta testing sometime in the third quarter (July-September) of 2011. Morhaime also said that internal beta testing for Diablo III began inside the company last week.

Keep in mind that a "targeted" date means that Blizzard is keeping its options open in terms of actually making that date. Many fans still remember back in 2009 that Blizzard announced it had "targeted" the release of its sci-fi RTS game StarCraft II to come out before the end of that year, only to have to retract those words just a few months later, pushing the release date back to the first half of 2010 (the game actually came out in late July 2010). Morhaime said today that Blizzard wants is to release Diablo III before the end of 2011 but added that it does not yet have an official release date or even a release date window, saying that the game, first announced back in 2008, would be released when Blizzard feels it is ready.

In related news, Morhaime said that StarCraft II's first expansion, Heart of the Swarm, is deep in development and that Blizzard plans to show off the expansion to the scif-fi RTS game to the press for the first time later in May. Its hit fantasy MMO World of Warcraft will also be getting new content for its many players later on in 2011.