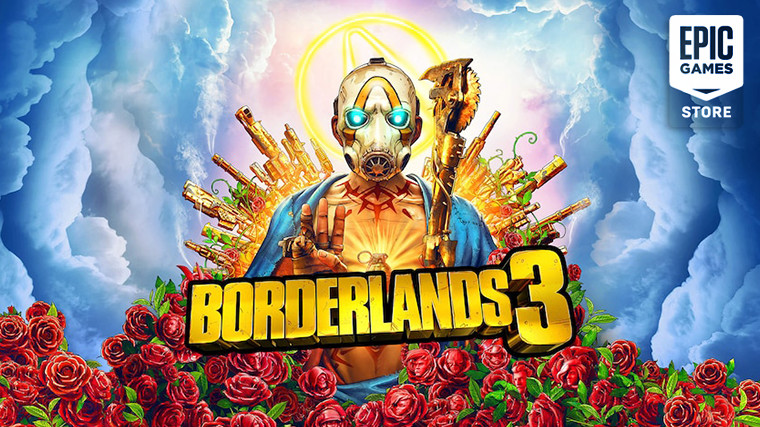 After a week of keeping its next freebie a secret, the Epic Games Store has parted the curtains to reveal a copy of Borderlands 3 as the latest giveaway. The free game drops alongside the store's 2022 Mega Sale kick-off. There are blockbuster freebies (and coupons) appearing every week as long as the returning sale is active, which is until June 16.

Developed by Gearbox Software, Borderlands 3 takes players back to the gun and loot worshipping universe for another adventure involving Vaults and bossfights. As always, the looter shooter RPG can be played in co-op with up to four players, and there are several fresh Vault Hunters to choose from which come with their own powers and ability trees for complete customization.

Keep in mind this is the base game that's being given away, and there is a horde of DLC and expansion packs available as additional purchases.

The developer describes its game as follows:

The original shooter-looter returns, packing bazillions of guns and an all-new mayhem-fueled adventure! Blast through new worlds and enemies as one of four brand new Vault Hunters – the ultimate treasure-seeking badasses of the Borderlands, each with deep skill trees, abilities and customization. Play solo or join with friends to take on insane enemies, score loads of loot and save your home from the most ruthless cult leaders in the galaxy.

Without a sale, Borderlands 3 comes in at $59.99. Here are the minimum requirements for this co-op adventure:

The Borderlands 3 giveaway will last through next Thursday, May 26. Another mystery image is occupying the next up section of Epic Games Store's ongoing giveaway slot, so expect another surprise in the forthcoming week.