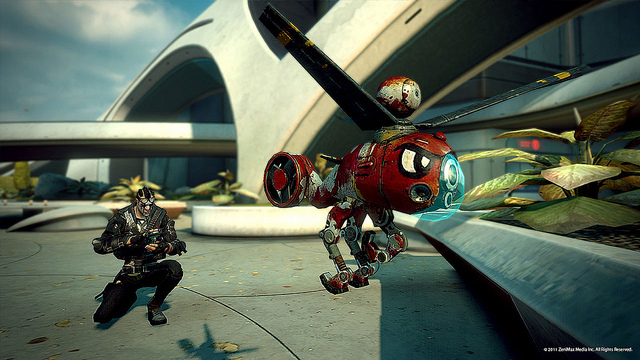 Fans of the first person shooter Brink have been waiting a while for the makers of the sci-fi first person shooter to release its first DLC pack but soon the waiting will be over. The game's publisher Bethesda Softworks has now announced that the Brink: Agents of Change DLC pack will finally be released on Wednesday, August 3. The DLC pack was originally scheduled for release back in June. As previously revealed, the pack will be made available for a free download for its first two weeks for owners of the PC, Xbox 360 and PS3 versions. After the free period is over, it will cost $9.99 (or 800 Microsoft points) to download.

The Agents of Change DLC will add two new multiplayer maps to the game, Founders’ Tower and Labs. It will also add five new player abilities for Brink including a napalm grenade, a pyro mine and a tactical scanner which "allows players to reveal the active buffs of their opponents, allowing them to pick off enemies more strategically." It also adds two new weapons attachments, bayonets and weapons shield, along with two new character outfits, the Sad Punk and the Limey.

In addition to the Agents of Change DLC, Xbox 360 and PS3 owners of Brink can now download a free title update to the game. The update is designed to improve online multiplayer for players of the game and also adds improvements to Brink's AI along with weapon balancing changes and a number of bug fixes.