With the launch of its 12th Gen Alder Lake-S desktop CPUs, Intel has introduced some of the most cutting-edge technologies like support for DDR5 memory and PCI Express 5.0 this generation. However, not all motherboard models will be sporting these.

For example, when it comes to memory support, we already know that there will be separate DDR5 and DDR4 variants for the Z690 motherboards to choose between. We made a handy guide in case you're having a hard time deciding between the two.

Likewise, the situation may be the same with the fifth generation of PCI Express (PCIe 5.0), if a leaked image of a supposed B660 motherboard label is to be believed. The image was obtained by VideoCardz and it shows a PRIME B660 - PLUS motherboard model apparently featuring PCIe 4.0 instead of the next-gen PCIe 5.0. This does come as a surprise since the PCIe 5.0 lanes appear to be attached to the Alder Lake-S CPUs themselves and aren't driven by the chipset. 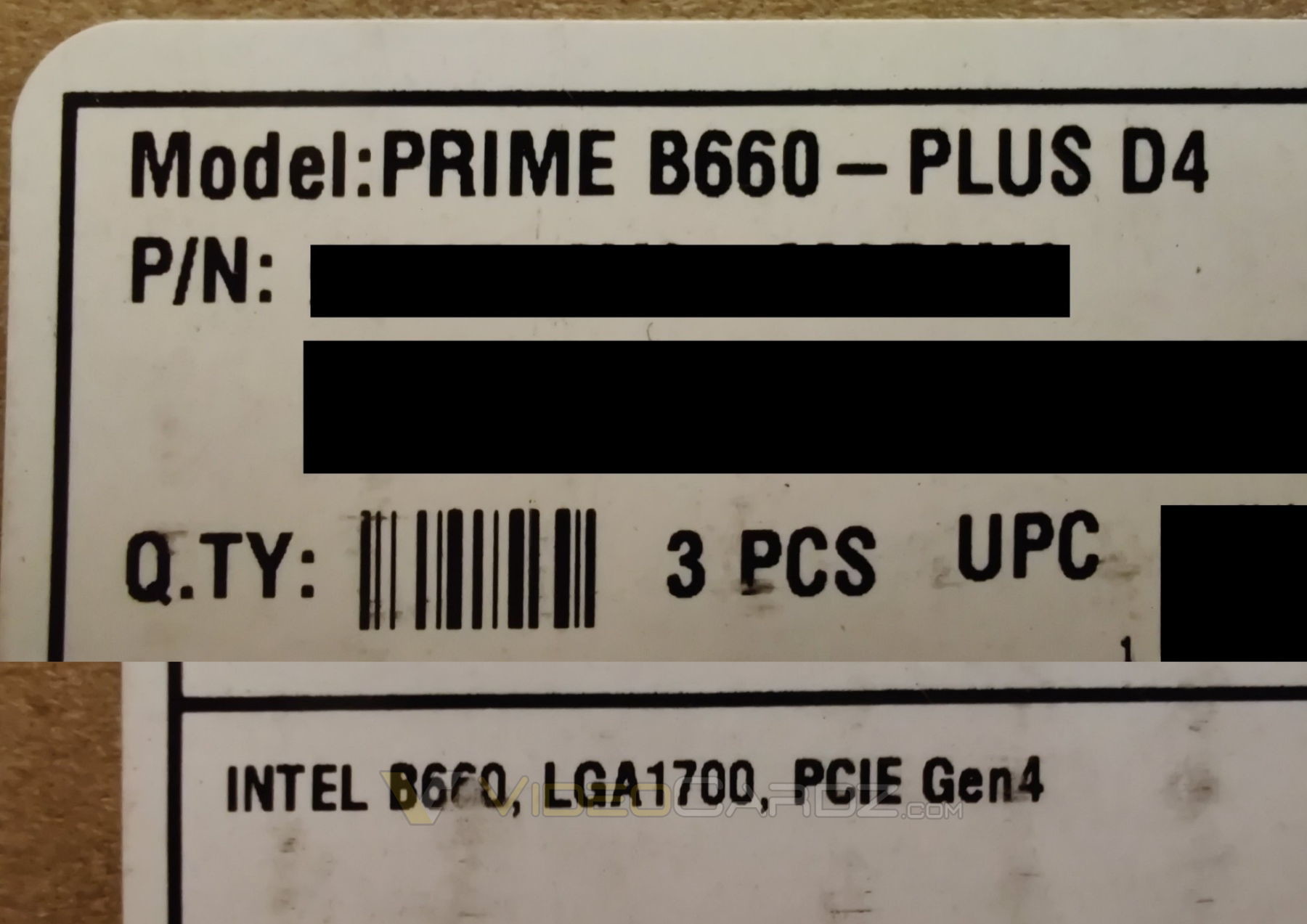 While gamers shouldn't be worried about this, as PCIe 4.0 x16 is more than capable enough to provide for even the most powerful GPUs today, the lack of PCIe 5.0 will severely hinder the performance of those who are looking into investing towards high-speed storage solutions like NVMe SSDs that utilize the new Gen 5 technology. NVMe drives use four PCIe lanes (x4) which means the data flow rate on a PCIe 4.0 board will be limited to just 8GB/s compared to 16GB/s on a Gen 5 motherboard.

The tricky part, it seems, is that the motherboard models that may not feature PCIe 5.0 do not seem to be labeled clearly as such, which is totally unlike the case for DDR4 and DDR5 motherboards. This means buyers will have to be extra careful when choosing their desired motherboard model.

For example, the leaked image above from Noctua shows several purported ASUS B660 motherboards and there doesn't appear to be any indication clearly denoting whether the board is PCIe 5.0 or not.