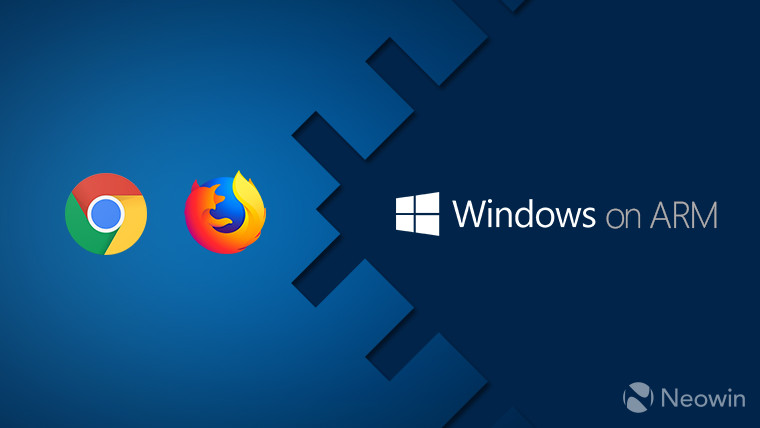 Last December at Qualcomm's Snapdragon Technology Summit, the company announced that both Chromium and Firefox are coming to Windows on ARM, running natively on ARM64. This aims to solve a major pain point of Windows on ARM, which is that browsers generate code in real-time, so they can't be cached and they're harder to emulate. In other words, you'll really want them to be running natively, rather than using an emulated x86 browser.

At the time, the only native browser available was Microsoft's Edge, but Firefox started publicly testing ARM64 Firefox less than a month later. Microsoft also announced that it's rebuilding Edge from Chromium the day after Qualcomm's announcement, and it seemed like everything was coming together.

But all Chromium-based browsers have been missing in action to this day. Neither Microsoft's Edge or Google's Chrome is available for public testing. As it turns out though, Google has Chrome ready to go, but it's holding back.

I've heard this from multiple sources now, and it was confirmed again at yesterday's Microsoft event, where the company announced the ARM-based Surface Pro X. What's unclear is why Google isn't releasing Chrome for ARM64. There seems to be some kind of disagreement between Google and one of the other companies involved (either Qualcomm or Microsoft), and last I heard, it will likely be resolved some time in the February timeframe.

It would seem that Microsoft is going to beat Google to the punch here. Microsoft's Chromium-based Edge browser should be running natively on ARM sooner rather than later. Qualcomm was pushing for an October release on that, and one person told me that the Surface Pro X will even ship with it.

As it stands right now, if you've got an ARM PC, your only options for native browsers are Edge Spartan and Firefox. This is all going to change eventually, but if you're a Chrome user, you're going to have to wait longer than others.