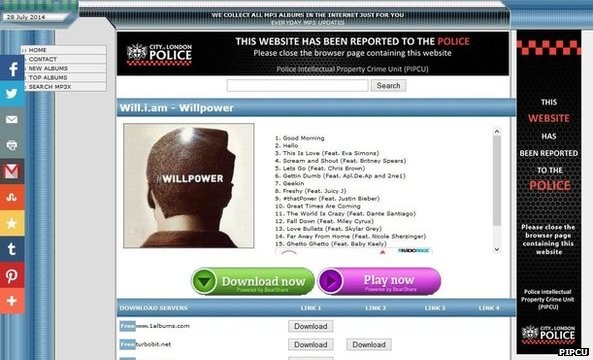 The City of London police has a novel tactic in dealing with websites that promote piracy or illegal content. They’re trying to deprive such websites of their advertising income and possibly scare a few users away in the meantime.

The BBC is reporting that the City of London police has employed a program where websites dealing with illegal content will have their banner ads replaced by stern police warnings. As such users will be warned to stay away while the website will lose advertising revenue.

The system will use something called Project Sunblock, a program that’s used by some major retailers to make sure their ads don’t show up next to unsavoury content that would damage their brand. You can think of it as AdBlock for the advertisers.

Of course, much like filtering, this method of depriving websites of their primary source of revenue has a number of people worried. Who’s to say that the automated system won’t wrongly flag a legitimate website when they’re simply covering news pertaining to an illegal activity? Such cases have popped up time and time again and they can pose a serious threat to a website’s wellbeing.

Source: PIPCU via: BBC | Image courtesy of the BBC