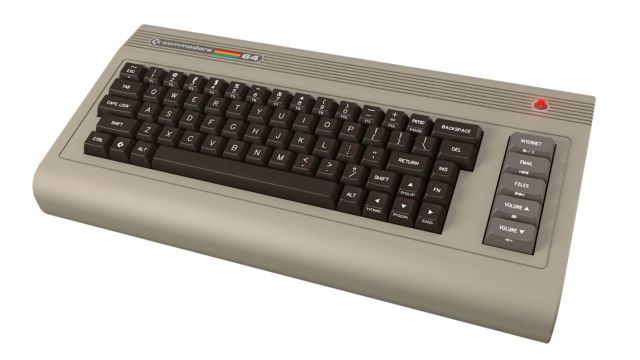 If you have been wanting an all-in-one PC that looks just like one of the true classic PC designs, you will soon get your wish. The current owners of the Commodore PC brand have announced on the company's official web site that the first Commodore 64 products with modern PC hardware are now assembled and will start shipping the pre-orders next week. The company has also released a video via YouTube (shown below) that shows off the company's offices in Fort Lauderdale, Florida as well as pictures of the Commodore 64 being assembled.

The PC uses the well known design shell of the Commodore 64, the popular 8-bit PC that first launched in 1982 and dominated PC sales during the early and mid-1980s with between 12.5 and 17 million unit sales. This new design has modern PC hardware inside including an Intel Atom processor, a Nvidia ION GPU, support for up to four GB of RAM and support for either a slot or tray loaded DVD drive on the left side of the PC. There's also a WiFi card inside for wireless net connections. The site claims that their version of the Commodore 64 can play classic Commodore 64 games with the included emulator.

The Commodore 64 is now available for sale with pricing starting at $595 and up to $895 for more advanced hardware including a Blu-Ray drive and a 1 TB hard disk drive. DIY PC makers can also purchase a Commodore 64 shell to put their own hardware inside for $295.