Microsoft’s Digital Assistant, Cortana, has slowly been getting better and better at her job, thanks to continuous back-end improvements. However, she now seems to have received a couple of new end-user features.

First up is the “Showtime + Trailers” feature, which has appeared sometime in the last few days. The name pretty much speaks for itself: it’s a feature that will allow Cortana to highlight trailers and local show times. Perhaps, she’ll even do it proactively if she knows the user is interested in a certain movie, though this is just speculation for now. 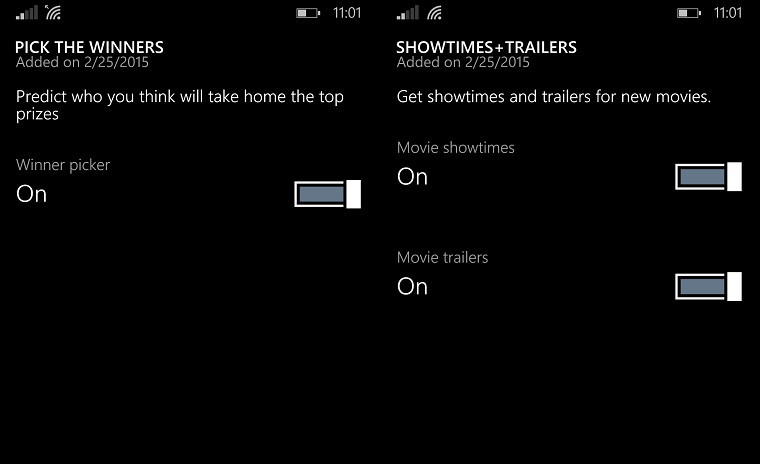 This might be familiar to those who used the Local Scout feature, which was replaced by Cortana. It also had a list of movies playing locally, with cinema schedules, trailers and info. That feature disappeared when Cortana came on the scene, but now it looks like it’s slowly coming back.

The second new feature is a bit more mysterious and it’s called “Pick the Winners”. So far, it doesn’t seem to do anything, though its tooltip says “Predict who you think take home the top prizes”. Whether this will be used for future shows or competitions, or whether it was supposed to be used with this year’s Academy Awards, we don’t know yet.

Both of these features can be activated by going to Interests, under “movies” and “entertainment”. Unfortunately they might not yet be functional depending on your location. However, if you do get them working please drop us a comment below.