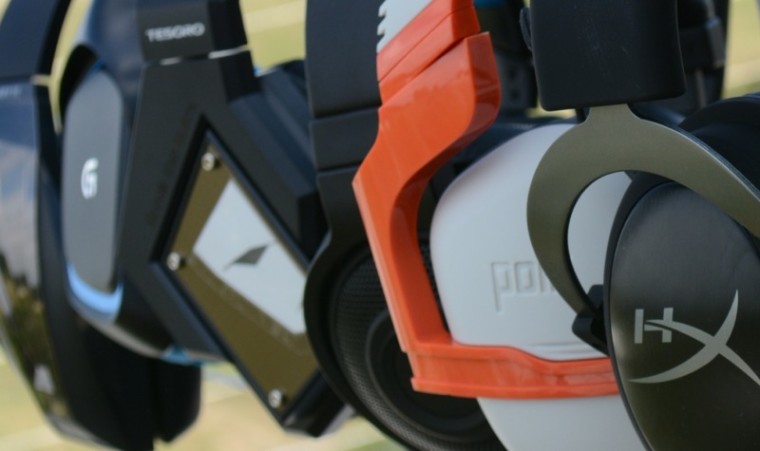 Although we typically focus on the graphics in blockbusters such as Crysis 3 and Battlefield 4, audio is a big part of the experience as well. This is particularly true for games such as Alien: Isolation where graphics may set the scene, but it's the unsettling audio that leads to soiled trousers.

I have long relied on desktop speakers when playing games. Now that I am a father, however, those speakers are too loud for me to enjoy the combined 500 Watts RMS of 5.1 audio. I'm stuck with gaming headsets these days but the thing is, since I've always preferred desktop speakers and a dedicated mic, I haven't spent much time or money on headsets.

Having only ever bought relatively cheap headsets with proportionally cheap audio quality, it seems about time for me to upgrade. In the process of settling on a new headset, I've acquired six sub-$100 gaming-oriented models from separate hardware manufacturers to compare in a roundup.

I have models from Kingston, Polk, Gigabyte, Razer, Logitech and Tesoro. Most of these companies are not known for their audio products, so it'll be interesting to see what they deliver.

Read: Sub-$100 Gaming Headset Roundup
This article is brought to you in partnership with TechSpot